The team behind Dishonored takes on a vampire shooter co-op.

Towards the end of Xbox and Bethesda’s Game Showcase we were introduced with a brand new title: Redfall, the latest release from Dishonored developer Arkane Studios. Redfall, is a co-op shooter with similarities of Left 4 Dead, but with vampires in place of zombies.

The quaint island town of Redfall, Massachusetts, is under siege by a legion of vampires who have blocked out the sun and cut the island off from the outside world. Trapped with a handful of survivors against diabolical enemies threatening to bleed the town dry, choose your hero from a diverse roster, grouping up with others to create the perfect team of vampire slayers.

Players will be able to choose their own path in which to take on the vampires while having a few unique characters to choose from. Simply put each character you choose from has their own special abilities and gear they like to bring to the fight. No arsenal in these sort of games is complete without having the option to customize weapons which can be found the more you explore the island.

“Do whatever it takes to build the perfect vampire slayers.“

The four heroes in which you can choose from to make that “perfect” vampire slayer(s) are:

Devinder Crousley: A paranormal investigator, amateur cryptozoologist and aspiring inventor. Armed with his own creations his mission is to search for the truth behind the Redfall incident. There’s no way he’ll miss the opportunity to investigate and tells this share this story with the world.

Remi De La Rosa: A brilliant combat engineer whose live her life on the frontline in the eyes of combat. She uses her brilliance to protect the ones she loves and help those in need around the world as part of an elite Navy rescue unit. Now with the help of her robot, Bribón, she’s determined to see the remaining survivors of Redfall.

Layla Ellison: A biomedical engineer at Redfall Technical University. While interning at the ominous Aevum Therapeutics research facility, where something went mysteriously wrong. She accounts everything as kind of a blur. All she remembers is waking up with a headache and strange telekinetic powers.

Jacob Boyer: Ex-military sharpshooter, sent in to Redfall just before the sun went dark as part of an elite private security force. After getting separated from his platoon he makes his way through the chaotic streets to neutralize the vampiric threat from the shadows with supernatural precision. He gains a spectral raven and mysterious vampiric eye through strange happenings in Redfall.

Now you may wonder what kind of vampires you’ll be able to encounter in this game well, these are vampires that were once scientific experiments that went completely wrong. Safe to say that these vampire will possess powers of science, psychological and magical nature and possibly more.

Co-Creative Director Ricardo Bare had this to say about the game,

Every game we make is a little different for the last, Dishonored featured stealth. Prey leveraged tons of physics-related gameplay. Mooncrash introduced rogue-like elements. Despite those differences, in every case, our focus remains on deep world-building and inventive game mechanics. The same will be true of Redfall.

Check out the announcement trailer below:

Redfall is slated to launch in 2022 and will be exclusive for the Xbox Series X/S and PC. Also Redfall will be available on Xbox Game Pass on the day it officially launches. 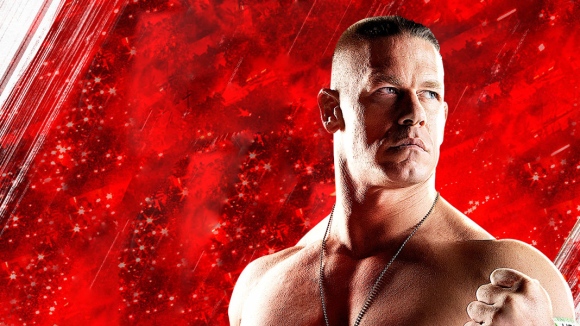 If you thought the wrestlers looked realistic in WWE 2K15, it appears they will look even better for the upcoming WWE 2K16 video game. From WrestleMania 31 weekend, WWE [Read more...]