Robert Cho is a skilled chef who travels around to different bars and events to make his masterpieces known. If you’ve tried Rob’s barbeque, consider yourself very lucky. Not only does he have a unique creations, Rob does barbeque and does it well. You might remember our previous article done on the pit mater’s passion. If you don’t, you can click here. This time we were fortunate enough to chop it up with him and get to know him a little deeper on a more personal level. We thought we would share that with you.

Andrew: Where did you grow up?

Rob: Lived in NJ for most of my life.

Andrew: What sparked your interest in barbeque?

Rob: I always liked playing with fire since I was a kid and always gravitated toward the grill at picnics.

Andrew: Where does your inspiration come from?

Rob: Watching Throwdown with Bobby Flay changed my life and got me into smoking as opposed to just grilling.

Andrew: Did you go to any culinary school to learn?

Rob: No, culinary school. A couple of cooking classes to learn some basics, but most of it is from watching TV and watching youtube videos. (You can learn just about everything on Youtube!)

Andrew: What would you say is the most rewarding about part of being a chef/cook?

Rob: The smiles I see on people’s faces.

Andrew: Who are your heros?

Andrew: Do you hope to own your own restaurant or shop?

Rob: Definitely, hope to have a shop in the near future! 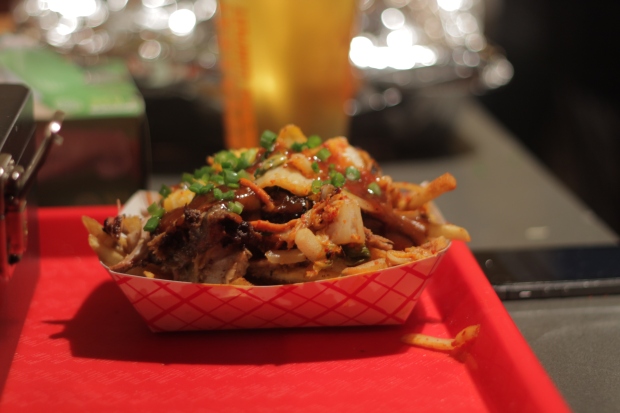 Andrew: Do you hope to have your own tv show on Food Network?

Rob: It would be nice, they don’t have too much Asian representation on the Food Network. It’s rather surprising, b/c you see a lot of Korean and Asian Americans who do very well on their cooking competition shows. And even Anthony Bourdain said that the most interesting food is from Korean American chefs.

Andrew: Why did you decide to mix Korean and barbecue together?

Rob: I am Korean American and eating kimchi is the way I have been eating all my life. I think it’s the perfect combination and I wanted people to eat the same way.

Andrew: Being of Korean decent, do you think people are less accepting of your barbecue style?

Rob: When I do traditional barbecue competitions, I sense a lack of respect. They snicker at my name, Kimchi Smoke and it pumps me up. I’m not really doing Korean BBQ, I’m more Texas and Memphis style.

Andrew: When did you know you wanted to become a chef/cook?

Rob: I didn’t really have aspirations to be a chef. I always wanted to own a restaurant and perhaps be more like Danny Meyer.

Andrew: What city do you have the most fun barbecuing/serving in?

Rob: Without question, New York. Obviously, there are many parts of NYC, but New Yorkers for the most part get what I’m trying to do. They know what Kimchi is, they know what Brisket is, and they know what good food is. They get excited to eat new stuff and I love the reactions I get when people eat my food.

Andrew: What is your favorite thing to barbecue? Why?

Rob: I really love the whole process. But particularly, I love making brisket. It is the crown jewel in the BBQ world. I love trimming it, and then putting the rub on it, and then playing with fire. Most of BBQ is playing with the fire and making sure you have the right temperature and that your flame doesn’t go out. 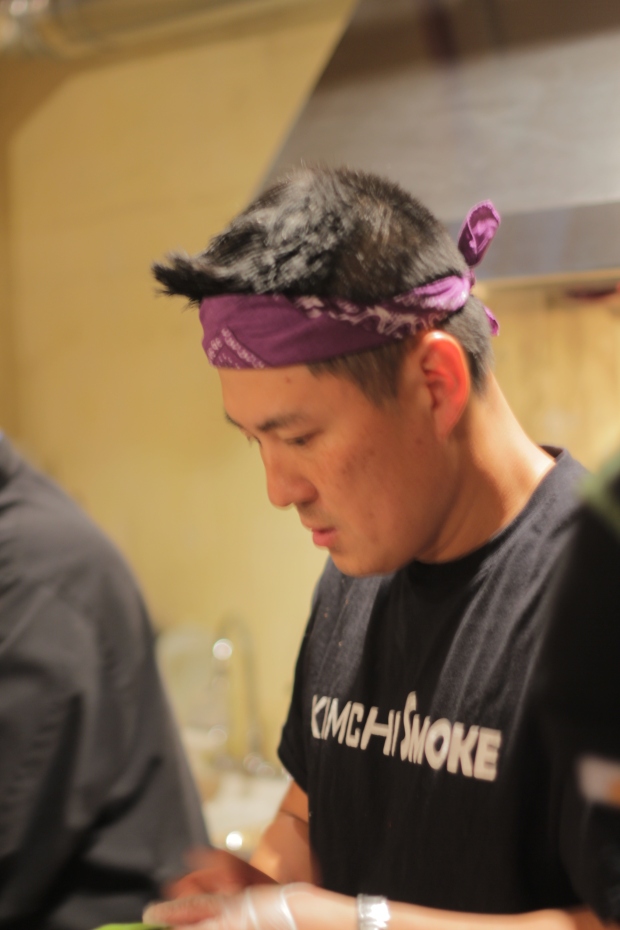 Andrew: What can we expect in the near future as far as new creations?

Rob: I don’t have any new creations as I speak, but the menu items and names just come to me over a period of time. I’ve been doing this for a little over 2 years and when I started, there was no Chonut. So we’ll see….

Andrew: Have you thought of creating a dish outside of barbecue for the public?

Rob: I have thought about it, and I think I could do it, but then I think, just because I can do it, should I do it? I already have 20 plus items that I narrow down to 5 for each pop up.

Andrew: Do you have a favorite creation? Whether its eating or making it.

Rob: I love making brisket, I feel like it’s my best product and I strive to make it as good as I can each time. I do like eating brisket, but I don’t like eating my own food.

Andrew: What is your favorite type of cuisine? Favorite dish from that cuisine?

Rob: Korean food. I could eat a lot of kalbi and kimchi.

Andrew: What would you say is your most popular dish? And how did you come up with it?

Rob: The best selling is the Austin Cho, which is Brisket and Smoked Kimchi on a roll with my bourbon chipotle sauce. This sums up what I want to do, Texas meets Korean. The kimchi cuts the fattiness and richness from the brisket and adds a perfect balance. 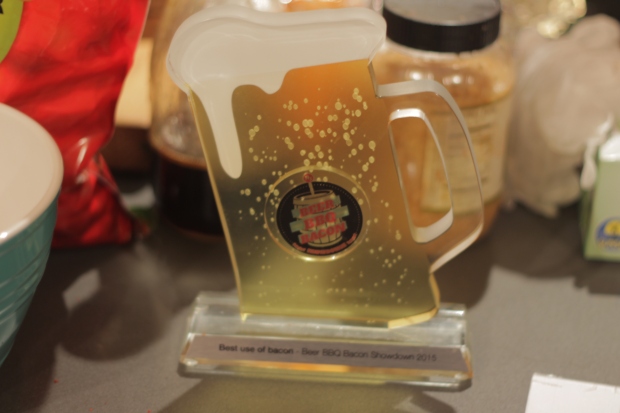 Andrew: On average, how much time is traveling to location in a month?

Rob: I don’t know, but I do want to open a location, so I don’t have to travel as much.

Andrew: Aside from cooking, do you have any other hobbies/passions/interests?

Rob: I used to be a big sports fan, football, basketball, and baseball, but this cooking business has made it difficult for me to be into other things.

Andrew: What is the magic to success?

Rob: You have to do something you love, believe in yourself, and then deliver. My parents worked their tails off all their lives for something they didn’t enjoy. I love what I’m doing and I take their sown blood, sweat, and tears, this is my real smoke that I put into my food. I want to give it my all and show my kids what they need to do to be successful in life. 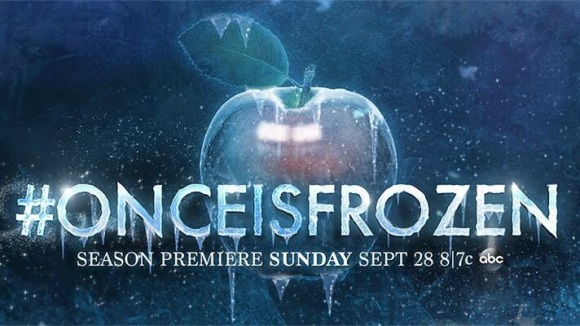 New ‘Once Upon A Time’ Poster Adds Big Chill

The Evil Queen’s red apple is getting a frosty makeover. The newest poster for Once Upon a Time Season 4 is a real eye-catcher, with Queen Elsa’s (played by Fringe’s [Read more...]