Game announcements and leaks about upcoming titles tend to be pretty typical as E3 approaches, and 2015 is no exception. Later this week, Ghost Games will unveil a new Need for Speed title, while a footage of Microsoft’s poorly kept secret,Gears of War Remastered, appeared online a few days ago. That’s only the tip of the iceberg, too – fans have a lot to look forward to at this year’s show.

With any luck, the annual trade show’s big games will include Street Fighter V. News regarding highly anticipated fighting game has been fairly sparse since its publisher, Capcom, announced Charlie Nash as a playable character a couple months ago. Fans expect Street Fighter V to have a huge presence this year at E3, and yet Capcom surprised a number of people by announcing the game’s next character a few weeks early.

Long time villain M. Bison makes his big return in Street Fighter 5, and to celebrate Capcom released a trailer showing off the character and some of his moves. The footage features a number of the character’s classic moves, including his slide, head stomp, flip kicks, and other psycho-power based attacks.

Interestingly, it looks like Capcom gave the evil despot a few more tools, too, including a teleportation move, a projectile attack, and an ability which appears to absorb incoming projectiles, and then allows Bison to fire them back at his enemy. With these new abilities, plus his returning techniques, M. Bison should be another fearsome addition to Street Fighter V’s roster.

M. Bison’s return isn’t too surprising, considering that the villain has been part of the franchise since Street Fighter 2. However, with his new abilities, Street Fighter V’s Bison appears to have a more “juggling”-oriented moveset this time around.

Street Fighter V might be a PlayStation 4 and PC exclusive, but Capcom’s developers appear to be putting everything they’ve got into the project. Yoshinori Ono recently spoke about the game’s development to Edge magazine, and confirmed that the team is working hard to create a game that not only celebrates the series’ legacy, but also “expands on that to become something [Street Fighter] has never been before.”

Are you guys excited to see Bison return to the roster? Who else are you hoping to see make the cut?

Street Fighter V is scheduled for release next year on the PlayStation 4 and PC. 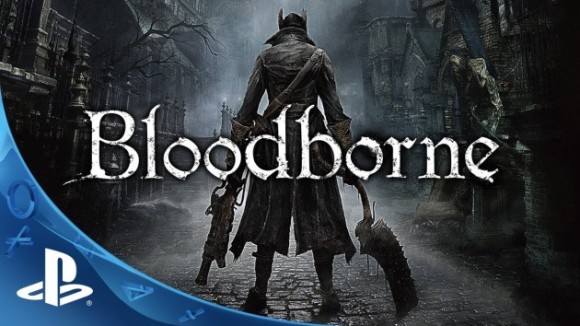 The visual presentation for upcoming PlayStation 4 exclusive Bloodborne is “off the charts,” according to PlayStation executive Scott Rohde. He is the software [Read more...]