Multiple stories told in multiple time periods, and it all happens in one room.

HBO has this way of signing onto projects to not only boost ratings but gravitate audiences in to keep watching. Shows like, ‘Game of Thrones’, ‘True Blood, & ‘The Sopranos’ prove this fact to be true as they were series that introduced us to a new world and the characters embedded in the stories. This summer, HBO provides us with an interestingly mysterious new show that even after watching the teaser will have you asking more questions than it provides answers.

Filmmakers Mark and Jay Duplass come off their recently canceled series, Togetherness (via HBO) but return to the network with another upcoming anthology series, Room 104. The entire series is in one hotel room and each episode follows new guest of that one room. Some of these guests are played by Amy Landecker, James Van Der Beek, Orlando Jones, Mae Whitman, Philip Baker Hall. The Duplass Brothers have described the series as “finding some magic in the seemingly mundane.” This shouldn’t be a surprise to anyone who has a watchable interest in the Duplass’ work as whatever they create is must watch material. It’s touted that after years of going in and out of hotels and motels, they were left with the curiosity of what went on in other rooms, notably at the hotels by the airport.

Some of the stories they’re telling involve a cult priest (Orlando Jones), a housekeeper (Dendrie Taylor) and her younger self, two Mormon missionaries, and more.

The full list of episodes provided by HBO for the first season of Room 104 are as follows:

A woman (Sameerah Luqmaan-Harris) seeking salvation is visited by a cult priest (Orlando Jones) promising to help her transcend the ordinary world for another realm.
Written by Carson Mell; directed by Sarah Adina Smith.

A visitor (Jay Duplass) in Room 104 seeks advice about his marital troubles from a long-lost friend. Will Tranfo and Frank Ashmore also star.

In 1997, a son (Karan Soni) must teach his mother (Poorna Jagannathan) how to use the internet over the phone after leaving behind an important document on his laptop.
Written by Mark Duplass; directed by Doug Emmett.

The past and present come face to face when a housekeeper (Dendrie Taylor) reconnects with her younger self (Sarah Hay).
Written by Dayna Hanson; directed by Dayna Hanson.

When an aging Croatian tennis player (Konstantin Lavysh) reveals memories of his tortured past to a housekeeper (Veronica Falcon), an unlikely bond is formed. Biff Wiff also stars.
Written by Ross Partridge; directed by Chad Hartigan. 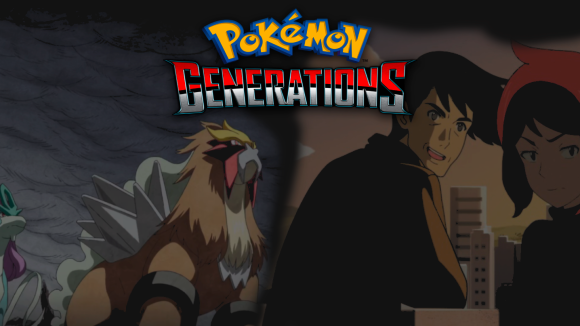 Written by, UkNO EPISODE V: “The Legacy” Last week in episode 4 we explored the reaches of Team Rocket being battled by the Elite Four leader, Lance along with [Read more...]