What was shaping up to possibly be the UFC’s biggest fight of the year may be in jeopardy. A report out of Brazil has put the Jose Aldo vs. Conor McGregor UFC 189 headlining bout on the ropes.

Globo.com’s SporTV is reporting that Aldo suffered a fractured rib during a Tuesday morning sparring session, putting his availability for the July 11 bout in question.

“During practice on Tuesday morning… Jose Aldo, suffered a fractured rib. The fighter went through two tests, including a CT scan, which found the severity of the injury, and has already started intensive treatment,” read the report.

“(His fight with McGregor is in jeopardy) since the period of recovery for injury to the ribs are three to four weeks, in addition to (rest) with anti-inflammatory medication.” 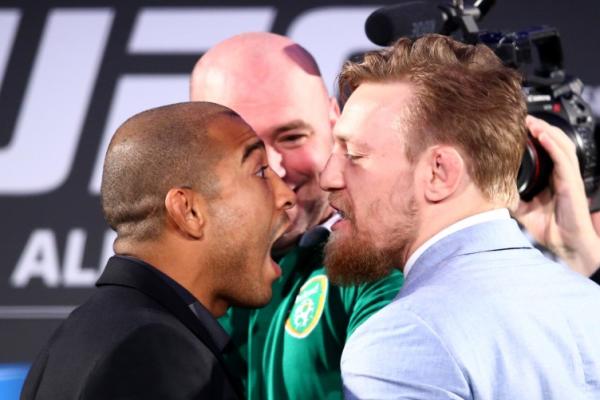 Neither UFC representatives nor Aldo’s coach, Andre Pederneiras, responded to repeated requests for comment by the time of publication, so MMAWeekly.com cannot verify the veracity of the report. It was first reported by veteran Brazilian journalist Ana Hissa, and was subsequently confirmed by MMAFighting’s Brazilian correspondent Guilherme Cruz. Both are highly respected for their journalistic accuracy.

If Aldo has to withdraw from the fight, it is not yet clear what direction the UFC would take. There is already another championship fight on the card with Robbie Lawler putting his welterweight championship on the line against Rory MacDonald. That bout could be elevated to main event status.

As for McGregor, there is the possibility that the UFC could try to recruit widely regarded No. 1 featherweight contender Frankie Edgar to try and keep the popular Irishman on the card. Another option is Joseph Duffy, the last man to defeat McGregor.

If Jose is out I'm willing to step in and beat @TheNotoriousMMA again!! @ufc @danawhite

As news of the injury spread, Duffy immediately took to Twitter, offering to beat McGregor again.

Until the UFC officially confirms the injury, it’s unlikely that we’ll get much word on exactly what it’s Plan B is if the UFC 189 main event has to be nixed.

Written by: J. Johnson (Review) Evolution New Year is the time for a change in what you do with life. CK Noir (formerly known as Coldkid) intents to make 2016 his, [Read more...]