Based on the manga written by Yuji Iwahara, who’s known for his works ‘Cat Paradise’ and ‘King Of Thorn’, in addition to several other manga. Seeing trailers setting up the debut of ‘Dimension W’ caught my interest, but I didn’t know what to expect. With most animes or mangas I’m pretty blind to what it’s about so my optimism was peaked. As for the first episode, they have my viewership for the series for a long time. Funimation’s involvement put my mind at ease a bit since they were hands-on directly with the production committee. It’s rarely done, but Funimation made a good impact as they were more than excited for this series.

The episode opens in the not too distant future where we find our main character, Mabuchi Kyoma messing around with a few remaining gasoline powered cars. He receives a call from his handler who has a job for him. Exposition dump, follows where the company New Tesla, founded by Dr. Shiro Yurizaki. New Tesla has developed a device called Coils which tap in unlimited energy of the 4th dimension also known as Dimension W, it simultaneously solved the Earth’s energy crisis. 60 giant coil towers were built around the world, forming the World System that now powers the Earth.

We then, meet the second main character Mira, a robot girl with a deep love for her father/creator Dr. Yurizaki. It’s revealed that the creator of the Coils is none other than, Dr. Yurizaki himself. He’s been hiding from the world for some mysterious end.

Head back to Mabuchi, who is getting the job detailed from Mary, a local club owner. The role of Mabuchi is discovered here as he’s a collector, a sort of bounty hunter whose job is to hunt down people carrying illegal coils. Yes, even in this new world the black market manages to get their hands on illegal resources for malicious gain. These batteries are the very thing that needs to be taken off the street as they pack enormous power. To expand on his character, we learn that Mabuchi has furious hatred for the coils. His entire persona dreads the past as he drives a gas powered car, while uses needles and wire to kick some serious a**.

Mira stumbles on the gang Mabuchi is hunting for as she’s getting drinking water. As she’s captured Mabuchi interrupts the commotion followed by a short fight scene. After the head of the gang grabs Mira and threatens to kill her, Mabuchi further pushes the boundaries by challenging the man to kill her. Mira reveals herself to be a robot tossing the guy across the room. OUCH! THAT HAD TO HURT! Mira seems to be upset and slaps Mabuchi so hard he passes out. Mabuchi is awakened by Albert Schumann, the leader of the Dimensional Administrative Bureau, their job is to hunt large scale illegal coil operations, essentially the FBI. Later it’s shown that Albert is looking for Dr. Yurizaki. Mabuchi walks off.

Mabuchi drives off in his impressive CGI car, intending to chase down Mira for making off with his illegal coils. He assumes she is a robot under the control of another collector trying to make off with his bounty. Mabuchi catches her on a rooftop, not far from Dr. Yurizaki’s hideout. After he restrains her, we see a green flash a few blocks away. Dr. Yurizaki has unleashed a new type of coil in response to DAB closing in on his location. We discover that the old director of DAB had Dr. Yurizaki’s family murdered and his research stolen, hence Dr. Yurizaki’s isolation and hatred for DAB. The resulting blast from the new coil blows out all the coils in the area in addition to creating a miniature black hole that destroys ever trace of Dr. Yurizaki and his research. With her coil blown out, Mira powers down and Mabuchi takes her back to Mary’s club. Koorogi, a technician that works for Mary, wonders at the complexity of Mira’s robotics and programming. After a new coil is placed in her chest, Mira awakens and immediately slaps Mabuchi for her lack of clothing. When someone mentions Dr. Yurizaki, Mira’s tune immediately changes and she suddenly asks if she can help Mabuchi collect illegal coils.

Overall, high expectations for this series especially with some components that bring this all together. The animation is really well done, the voice acting pretty good, and the characters have some interesting personalities. The music is definitely a great representation of what’s going on in the series. The opening and ending theme songs are modern and catchy with displays of both main characters.

This is  signing off, until episode 2! 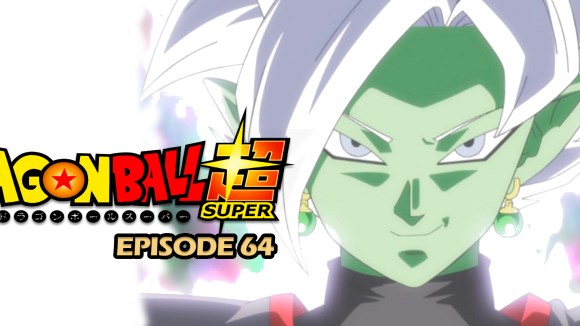