When a doctor sees the major problems with concussions in football, one of sport's biggest leagues doesn't take too kindly to the message. | Credit: Columbia Pictures

“Concussion,” written and directed by Peter Landesman, establishes two things right away – the extreme reverence that people have for football, through a Hall of Fame acceptance speech by Pittsburgh Steeler “Iron Mike” Webster (David Morse), and the bona fides of Dr. Bennet Omalu (Will Smith), an extremely well-educated Nigerian immigrant and forensic neuropathologist in the Pittsburgh coroner’s office. These are the two conflicting forces throughout the film: the love of the game and the undeniable science. The basis for the film, the 2009 GQ article “Game Brain” by Jeanne Marie Laskas (she also wrote the subsequent book “Concussion”), relies more heavily on the latter.

Landesman’s sports medicine drama, a boring, unimaginative and preachy film that turns an important contemporary topic into a lecture few will want to hear.

Outside of Smith’s restrained but charismatic turn as Nigerian-born Pittsburgh pathologist Dr. Bennet Omalu — the man who discovered the football-related brain trauma chronic traumatic encephalopathy (CTE) — “Concussion” specializes in out of control performances from an all-star cast in dire need of direction.

“Concussion” suffers a bit from not knowing where to focus – it glosses over some of the important connective tissue that would better demonstrate Dr. Omalu’s work. It stuffs those moments into montages, and lingers on scenes where he struggles with his rationalization for speaking up, trying to convince others to do the right thing. There are pep talks and tossed off truisms, and not enough procedure. This back and forth feels like an appeasement to the NFL itself, to show the struggle in taking the league on, which, if the science is to be believed, he absolutely should.

Beyond one brief CGI sequence wordlessly illustrating what’s happening inside Webster’s brain when he takes a big hit, just what is being seen by these medical professionals is unwisely left to the imagination and caps audience’s understanding of the issue at an elementary level.

Such a wonky approach steadily repels meaningful drama until the NFL attempts to discredit Omalu and maintain the status quo of the nation’s most lucrative sport. But even here Landesman’s underlying lack of respect for viewer intelligence dulls the conflict’s potentially explosive showdowns.

It’s therefore no surprise that “Concussion” ends in cliché fashion with a big speech where thoughts and emotions that have already been spelled out are voiced once more, sending moviegoers out feeling like they’ve sat through a mandatory lesson instead of a film.

‘Concussion’ is out in theaters today! 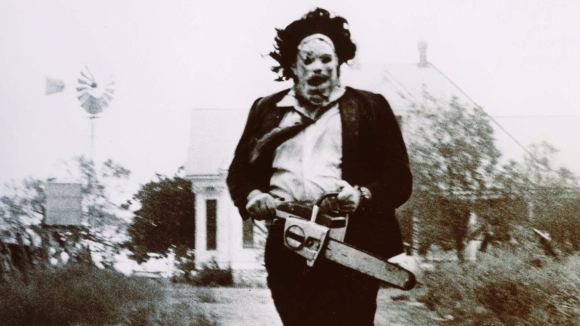