The October report revealed that the new Mummy will be set in present day, and that the studio has two different story options, one featuring a male monster and one centering on a female monster. This will be the first time in franchise history that a female will portray the Mummy. Universal’s original 1932 classic The Mummy starred Boris Karloff as the title character, with Arnold Vosloo taking over the role for the studio’s 1999 remake The Mummy and its 2001 sequel The Mummy Returns. Jet Li stepped in to portray The Mummy in 2008’s The Mummy: Tomb of the Dragon Emperor.

No details were given for Tom Cruise’s role, and no story details have been confirmed as of yet, except for the modern-day setting. A report surfaced this fall that the story will be set in Iraq, but that was never confirmed. Last year’s Dracula Untold is technically the first movie in Universal’s monster reboot universe, but the Untitled Mummy Reboot will be the first that is fully set in present day.

The Monster; Imhotep in (Arnold Vosloo) ‘The Mummy’ | Credit: Universal

The end credits of Dracula Untold showed Luke Evans’ title character appearing in present day, setting the stage for the rest of these adventures to come. Universal also plans on using classic characters such as Frankenstein, the Invisible Man, the Bride of Frankenstein and vampire hunter Van Helsing. Another report surfaced last month that revealed the studio wants Angelina Jolie to star in their Bride of Frankenstein remake, but that hasn’t been confirmed.

Alex Kurtzman is directing the Untitled Mummy Reboot from a script by Jon Spaihts. The director is also producing alongside Chris Morgan and Sean Daniel. Sofia Boutella had a breakout role as Gazelle in this year’s blockbuster Kingsman: The Secret Service, and she will next be seen in Star Trek Beyond and The Coldest City.

1 Comment on ‘Mummy’ Reboot: Sofia Boutella Wanted As The Monster 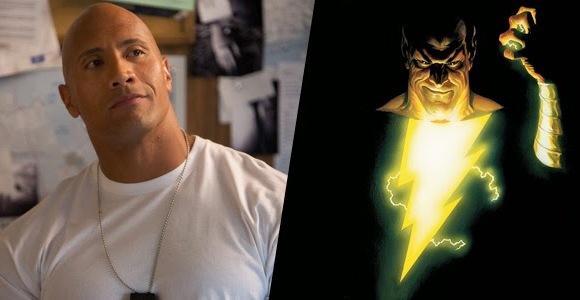 While there were previously some rumors, speculation and teasing that Dwayne Johnson may appear as Black Adam in a Warner Bros./DC film released prior to 2019’s Shazam, [Read more...]