As UFC interim featherweight champion Conor McGregor prattled away during last month’s “Go Big” press conference in Las Vegas, he earned the ire of nearly everyone on the stage.

And yet, the one fighter in attendance at the MGM Grand who could have potentially shut McGregor up in short order choose instead to keep his mouth shut.

Joseph Duffy has done what many in the UFC have dreamt of: Finishing McGregor in short order and sending him on his way.

Duffy needed just 38 seconds to submit McGregor in a lightweight contest at Cage Warriors 39 in Nov. 2010. Since then, of course, McGregor has gone on to win 14 bouts in a row and become one of MMA’s two biggest drawing cards in the process.

This bit of trivia clearly gets under McGregor’s skin, as he’s questioned everything from Duffy’s dedication to the sport to whether he’s truly of Irish heritage.

But Duffy has let the taunts just roll off. Even at “Go Big,” when Duffy could have spoken from a position like no one else on the stage, he didn’t really return fire. And on Monday’s edition of The MMA Hour, he explained why.

“It’s just not really my style,” said Duffy (14-1), who meets Dustin Poirier in the main event of UFC Fight Night 76 on Oct. 24 in Dublin. ” I’m not too bothered by what Conor’s thoughts are on opponents, I just thought to myself the day before ‘I’ll just do whatever feels natural’ and, I just felt like, I wasn’t really going to get a lot out of having a trash-talking battle there. I’m just concentrating on my fight and forgetting about all that.”

But make no mistake: While no one is ever going to accuse Duffy of being the next McGregor or Chael Sonnen in the art of trolling, when it comes to accomplishments in the cage, Duffy will not only stand up for his record, but is willing to say that if he and McGregor were to meet again, the result would be something similar.

“I believe I can take Conor out just as quickly,” Duffy said. “Everyone else has noticed Conor has greatly improved, and so am I. Everything Conor does, I feel can beat him at, he uses more kicks. I’ve been doing taekwondo since I was five. There’s not an area I feel he can beat me.” 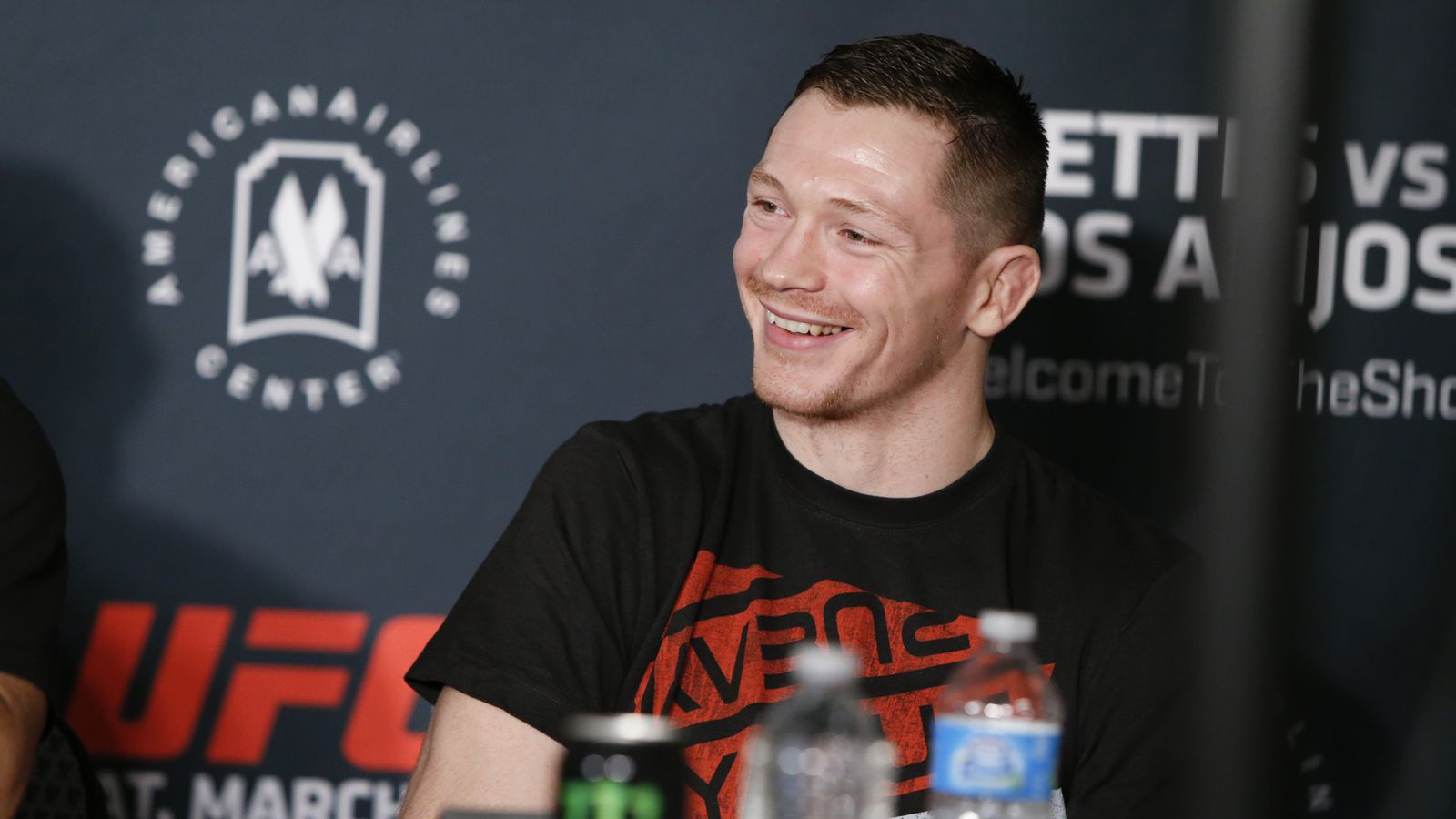 Of course, plenty still stands between a potential rematch between the two, including the fact they presently compete in different weight classes. For his part, Duffy is simply concerning himself with a formidable foe in Poirier. To that end, the Donegal native has removed himself from the MMA hysteria in Ireland and done the bulk of his training camp at Montreal’s TriStar.

“I like to be away from the bubble,” Duffy said. “When you’re surrounded by it there, you can become caught up in it pretty easy. Here in Montreal I walk into the gym, it’s a gym full of UFC fighters, whose all big names, no egos, we get to work, and we turn up on fight week and business time, we’re all in the groove and ready for the fight.”

In the meantime, Duffy, with quiet confidence stemming from the knowledge he’s already handled McGregor, will continue resist the urge to match him taunt for taunt.

One constant that everyone has grown accustom to is the promotions of new series and seasons of shows. The seasons change and Halloween is the fast approaching [Read more...]