Alternative universes in the DC Comics world always has its surprises and this one is coming a lot faster than you think.

During the San Diego Comic-Con Warner Bros. panel, the studio would give the fans something they’ve been waiting for which is the official lineup of upcoming films for the DC Extended Universe. These movies will set the tone for what’s next for phase 2 of DC Extended Universe. One movie, in particular, that will drive fans to flock to the big screen is The Flash movie as its seemingly set to adapt Geoff John’s popular 2011 “Flashpoint” run from the comics.

Warner Bros. also showcased a huge slate of DC Comics films including Justice League Dark, The Batman, Batgirl, Wonder Woman 2, and Green Lanterns Corps. According to the reliable folks at IGN, once ‘The Flash’ logo appears on the screen it would then, transform into “Flashpoint” followed by the crowds in attendance cheering for what they already know about the story. Question is, will it be the “Flashpoint” story we all knew from 2011? The answers to this question is still a bit gray seeing as there’s no director for the film but the implications for the DCEU are pretty good at this point. It’s almost similar to how X-Men: Days of Future Past approached its own ripple through time changing events of the future. It’s rather refreshing seeing DC/Warner Bros. go into the direction that will literally explain all we need to know about The Flash rather than tell a simple origin story.

The Flash movie might have already been heading in the direction of telling the flashpoint story as we got the scene in ‘Batman v Superman: Dawn of Justice” where Barry bursts through time to tell Bruce Wayne that Lois Lane is the key and that he was always right about “him” (presumably Superman), so he has to find everyone. Many fans that looked through the destructive storytelling can spot that other than laying mini-blueprint for Justice League but the massive reshoots for JL could mean the scene we saw is meant for the ‘Flashpoint’ movie.

That’s all that can be said about the upcoming Flash movie as this could be one movie to undo what a mess BvS was and undo what Zack Snyder was supposed to do. Flashpoint served as a lead-in for DC Comic’s universe-wide “New 52” reset. the basis of ‘Flashpoint’ is an alternative universe in which Superman is held captive, Bruce Wayne is dead while his father become Batman and his mother drives herself insane becoming The Joker. All the while other beloved heroes becoming the opposite of themselves.

Are you excited for the latest news about standalone Flash movie? Will it become another token win for DC and Warner Bros.? Please leave your comment below and stay tuned for more. 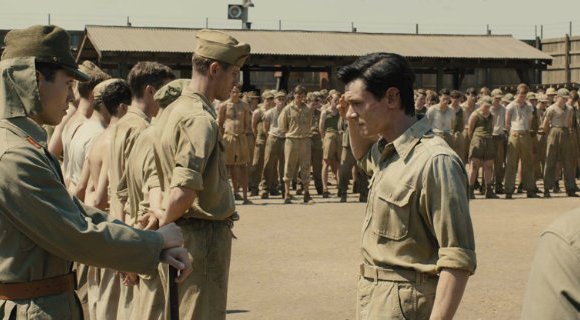 Review ‘Unbroken’ From The Editor

Over the past couple of years it’s become an annual tradition for stories of human endurance to hit cinema screens at this time of year, presumably because the Academy [Read more...]