Freeheld has seen its fortunes change ever since its debut on the film festival circuit. The movie is hitting theaters this week with less buzz than you’d expect, though that doesn’t mean that this one is dead. A lot will have to do with the precursors, which could easily resurrect the film. As such, I wanted to give it another quick mention and keep it on all of our minds…

Inspired by actual events, Julianne Moore and Ellen Page portray the beautiful love story between Laurel Hester (Moore) and Stacie Andree (Page) in the upcoming feature, FREEHELD. After being diagnosed with cancer, Laurel wishes to leave her pension to her domestic partner Stacie, until she is denied by the local county officials. With the help of her allies, including Laurel’s longtime colleague detective Dane Wells (Michael Shannon) and activist Steven Goldstein (Steve Carell), Laurel will do anything she can to support her partner and fight for equality.

Based on the Oscar®-winning short documentary and adapted by the writer of Philadelphia, Freeheld is the true love story of Laurel Hester [Julianne Moore] and Stacie Andree [Ellen Page] and their fight for justice.  A decorated New Jersey police detective, Laurel is diagnosed with cancer and wants to leave her hard earned pension to her domestic partner, Stacie.  However the county officials, Freeholders, conspire to prevent Laurel from doing this. Hard-nosed detective Dane Wells [Michael Shannon], and activist Steven Goldstein [Steve Carell], unite in Laurel and Stacie’s defense, rallying police officers and ordinary citizens to support their struggle for equality.

Here’s one of the posters:

At the Toronto International Film Festival, pundits got the first look at the movie and weren’t especially impressed. Moore and Page got some nice mentions, but not quite what any of us had been expecting. Carell wasn’t given much praise, while the whole product apparently just isn’t the moving piece that the Trailer initially had suggested. It’s not the out and out failure that Stonewall turned out to be, both critically and commercially, but the film definitely took a big hit. Prior to Toronto, it was a potential nominee in a number of spots. Now? Basically, it’s holding on for dear life, hoping for the precursors to throw some bones its way and give it a fighting chance for a citation or two.

Assuming we had a worthy player on our hands, there were plenty of possibilities for the Academy to latch on to here in terms of awards. They’re still there, but hardly as likely. The categories? Obviously there’s Best Picture, along with Best Director (for Sollett), Best Actress (Moore), Best Supporting Actor (Carell or Shannon), Best Supporting Actress (Page), Best Original Screenplay (for Nyswaner), and possibly Best Film Editing or Best Makeup and Hairstyling as well. Time can only tell how ‘Freeheld’ can be a Oscar player. 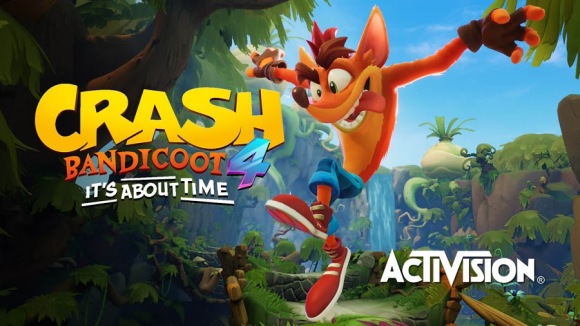 Written by, J. Johnson The radical rascal is back after 20 LONGGGGGGGGG years! The long-awaited sequel to the original trilogy picks up where Warped left off, but with a [Read more...]