Joseph Gordon-Levitt and Seth Rogen joined forces with writer/director Jonathan Levine for the first time in 2011, resulting in the cancer comedy/drama 50/50. The film was praised for its delicate balance of comedy and drama. as well as its two strong lead performances.

The same trio has re-teamed for a new project, officially titled The Night Before. However, best to not expect any of the seriousness that their previous collaboration brought to the big screen, if the newly-released red band trailer is any indication.

Night Before is being distributed by Sony Pictures, and fans of Rogen’s work should be pleased (though not surprised) with the footage. The film stars Gordon-Levitt, Rogen and Marvel’s Falcon/Sam Wilson (Anthony Mackie) as three longtime friends in search of the ultimate Christmas party, since this year marks the last time they’ll be able to embark on their annual holiday traditions.

Lizzy Caplan (The Interview) and Jillian Bell (22 Jump Street) also star in the comedy, which just received its first poster too.

Based strictly on the footage, Night Before looks like it has all the trappings of a fun holiday comedy. The three leads all appear to be in their element here, and Gordon-Levitt in particular is set for a red-letter season – what with this film, Robert Zemeckis’ The Walk, and Oliver Stone’s Snowden (all headlined by the actor/filmmaker) headed to theaters during Fall 2015.

Night Before, which counts Rogen’s frequent co-writer/director Evan Goldberg among its four credited screenwriters, appears to be treading the same ground as many past Rogen comedies (his adult-coming-of-age character arc here sounds eerily close to his work in Knocked Up and Neighbors, as do his drug-induced shenanigans). The difference here is that Levine is calling the shots, having previously earned praise for balancing a variety of tones and genres with his past work (see also: Warm Bodies). There’s a reason Levine was once one of the frontrunners to direct Marvel’s Spider-Man reboot.

With Levine in the director’s chair and a cast loaded with charisma, Night Before just might be able to evade cliché and deliver a memorable comic experience that moviegoers can make part of their holiday traditions. 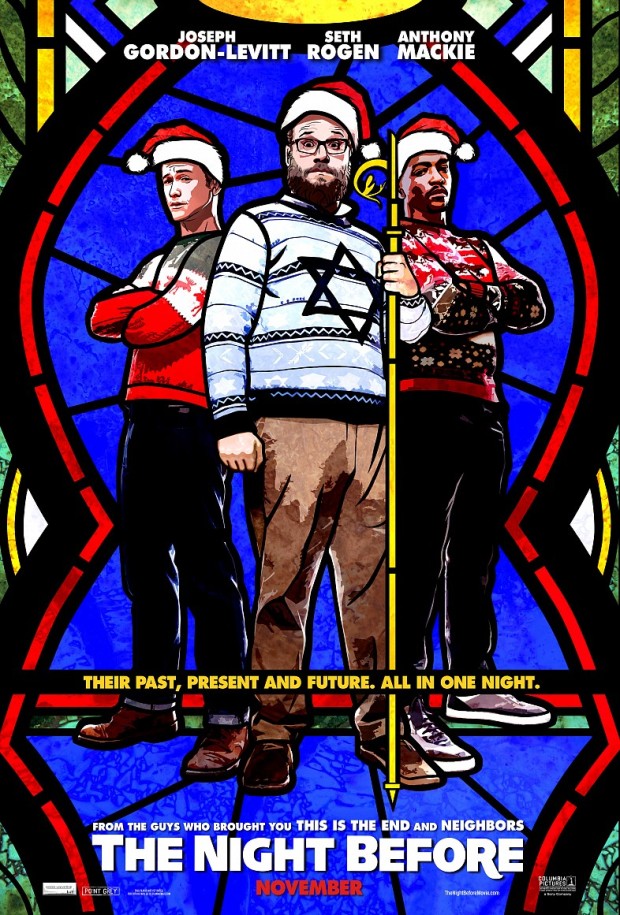 Veteran (n.) – A person who served in the armed forces. We here at Sparx Entertainment would love to honor those who gave their lives for this country. Their valor and [Read more...]