The theme park-level thrills of Jurassic World hit where they need to.

As far as blockbusters go, 1993′s Jurassic Park, based on the book series by Michael Crichton, stands tall among the pack as a sci-fi parable about messing with forces we can’t control wrapped up in dinosaur theme park wish fulfillment wrapping paper and *just* a touch of childlike whimsy and wonder thrown in for good measure. Throw in endlessly quotable lines and the appearance of geek culture deity Jeff Goldblum and you’ve spliced together one potent specimen that’s fueled the imaginations of 22 years worth of movie fans.

“Jurassic World” serves as a reminder that it wasn’t just the dazzling CGI work in “Jurassic Park” that made it such a masterpiece. It was also the combination of that imagery with a solid story, interesting characters and a pacing that bounces between terror and humor with ease.

All of those elements come together again to make “Jurassic World” such pure entertainment fun it will easily be one of the biggest movies at the box office this summer.

The film starts on shaky ground. The plot of having patrons of a dinosaur theme park put in peril is a direct lift from the original film. It’s given a shinier look because this time the park is open and 20,000 guests get to see the dinosaur wonders on a daily basis.

Even a theme park full of dinosaurs has to keep evolving or guests will get bored. Unlike a regular theme park where a new ride is used to lure more ticket buyers, “Jurassic World” has bred a new hybrid dinosaur as its next great attraction.

22 years have passed since Dr. John Hammond spared no expense in bringing dinosaurs back to life, and even the colossal failure that was Jurassic Park couldn’t convince us to stay away. Jurassic World is now a fully realized, fully functional park, complete with glass ball tours of apatosaurus herds, prehistoric fish that dwarf great white sharks, and lots of corporate schilling (Starbucks, Jimmy Buffet’s Margaritaville, etc). In an attempt to boost sales even further, operations manager Claire Dearing (Bryce Dallas Howard) commissions the making of a bigger and scarier dino with genetic codes stamps from all over. One problem: this super-dino gets loose, putting the lives of park-goers, especially her visiting nephews, in danger. Dearing works together with velociraptor trainer Owen Grady (Chris Pratt) and the rest of park security to bring it back in; their trip even brings them back to the overgrown ruins of Jurassic Park.

It’s almost impossible to separate World from Park in the broad strokes, considering that a decent chunk of the plot takes place there and that all the elements; human meddling with things they can’t control; multiple storylines happening across the park; and a destructive walking tour of the entire park are all present and accounted for, and the distinct lack of, well, distinction in the characters and the dialogue waters down what should be a varied and interesting world; the cast gives it everything they’ve got, especially Howard who, contrary to the ad campaign, is the protagonist of the movie. She and Pratt have dopey chemistry together, while character actors the likes of B.D. Wong, Irrfan Khan, and Vincent D’Onofrio inject as much personality into their stock characters as they can; international superstar Omar Sy is the most underused as the co-trainer of the raptors.

Director Colin Trevorrow shows a steady hand at building up the tension and then releasing it with great force. The action was more suspenseful in “Jurassic Park.” But once Trevorrow commits to the fast tempo of man vs. beast, he never pulls back.

Pratt again shows he’s got the kind of natural charm that can allow him to go from action hero to comic relief without hurting either one. Howard’s performance is a little too comical at times, but overall she makes a solid central focus for the story. 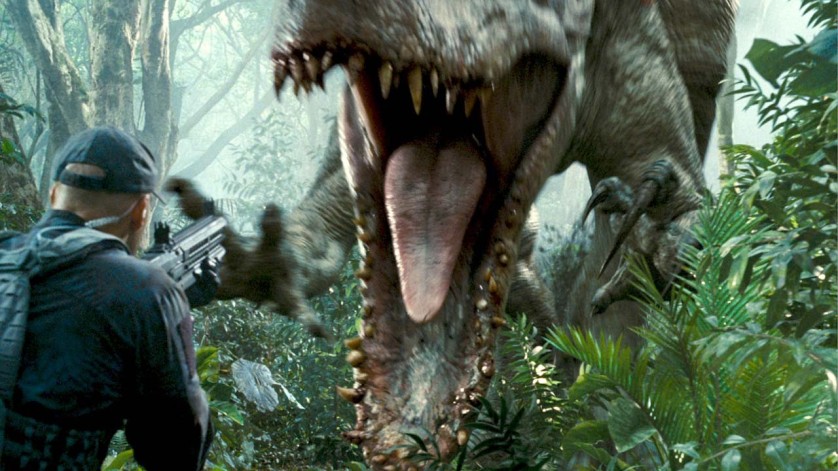 The action is gripping, even if some of the dinos look strange in complete CGI. Points to Trevorrow, whose only other directing credit is the romantic dramedy Safety Not Guaranteed, for pulling together hell of a roller coaster ride with raptors, T-Rexes, and other surprises all singing, all gnashing. Jurassic World is fun white-knuckle entertainment and will bring back some memories, both good and bad, but unless this is your first trip out to Isla Nublar, it’s perfectly heated but under seasoned leftover brontosaurus cutlets. 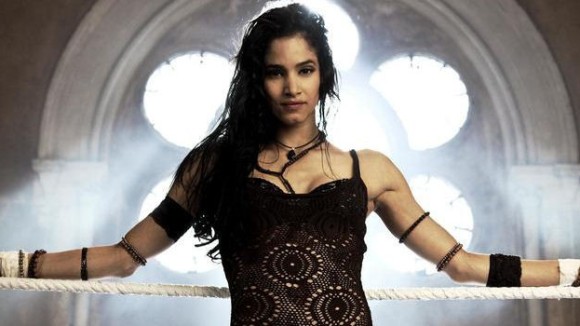