THE BEAST IS BACK!

Warner Bros. and Legendary offered a first look at next spring’s “Kong: Skull Island” with some behind-the-scenes footage aired during the MTV Movie Awards pre-show. There were shots of fiery blazes at night, Vietnam-era soldiers striding through jungle overgrowth and some seriously oversized skeletons.

“It’s set in the Vietnam era, so what does that post-traumatic stress do to people?” noted co-star Corey Hawkins.

The movie focuses on a group of people of explorers who head to an uncharted island in the hopes of finding adventure and encounter a little giant named King Kong.

“There are strange new creatures, mythic beasts that come into their midst, and they have to get off this island alive,” said Tom Hiddleston, who co-stars as a former British Special Air Service officer. “Kong appears in this film as you’ve never seen him before.”

“Kong: Skull Island,” which is expected to pave the way for Warner Bros.’ plans for a movie-monster mashup with Godzilla, is due in theaters on March 10, 2017.

First look at "SKULL ISLAND"! KING KONG is back. https://t.co/g3IsumH5ET 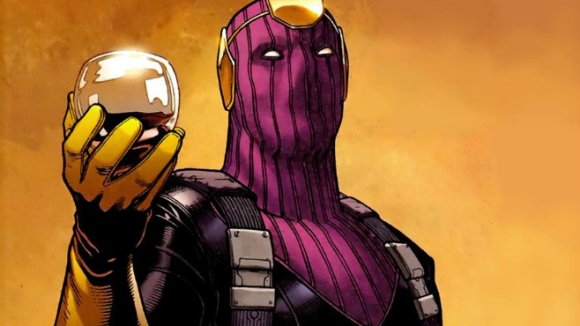