The 50s’ sex symbol gets an emotional teaser as Ana de Armas takes on the role.

After a bit of controversy, when it was announced the film was delayed until 2022, Netflix has officially released a new trailer for Blonde, an upcoming biopic starring Ana de Armas as pop culture legend Marilyn Monroe. The film will explore how the Hollywood industry’s violence that led to Monroe’s losing her sense of identity.

The official synopsis from Netflix reads,

“Based on the bestselling novel by Joyce Carol Oates, Blonde boldly reimagines the life of one of Hollywood’s most enduring icons, Marilyn Monroe. From her volatile childhood as Norma Jeane, through her rise to stardom and romantic entanglements, Blonde blurs the lines of fact and fiction to explore the widening split between her public and private selves. Written and directed by Andrew Dominik, the film boasts a cast led by Ana de Armas and featuring Bobby Cannavale, Adrien Brody, Julianne Nicholson, Xavier Samuel, and Evan Williams.“

“Andrew’s ambitions were very clear from the start – to present a version of Marilyn Monroe’s life through her lens. He wanted the world to experience what it actually felt like to not only be Marilyn, but also Norma Jean. I found that to be the most daring, unapologetic, and feminist take on her story that I had ever seen.“ 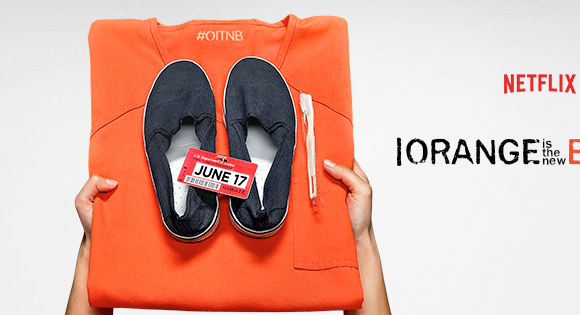 Netflix on Sunday announced that Season 4 of Orange is the New Black will be debuting June 17 at 12:01 a.m. PT. This is, of course, on par with previous seasons, all of which [Read more...]