As if November 4th, couldn’t get here any faster for one of Marvel‘s most mysterious characters to make their debut on the big screen. Doctor Strange will be making his cinematic debut as Benedict Cumberbatch will take up the rings of the titular sorcerer. We’ve gotten the featurette from Marvel where Kevin Feige and Scott Derrickson pay tribute to the mind-bending weirdness of the original Steve Ditko Doctor Strange comics and some footage we haven’t seen before. Despite the little time for the film’s release, it seems like we get another little piece about Stephen Strange‘s origin story in the international trailer.

In this trailer, it shows a few new bits of footage including moments with Chiwetel Ejiofor, Tilda Swinton, and Cumberbatch himself bringing the furious action that will warp your mind.

From Marvel comes “Doctor Strange,” the story of world-famous neurosurgeon Dr. Stephen Strange whose life changes forever after a horrific car accident robs him of the use of his hands. When traditional medicine fails him, he is forced to look for healing, and hope, in an unlikely place—a mysterious enclave known as Kamar-Taj. He quickly learns that this is not just a center for healing but also the front line of a battle against unseen dark forces bent on destroying our reality. Before long Strange—armed with newly acquired magical powers—is forced to choose whether to return to his life of fortune and status or leave it all behind to defend the world as the most powerful sorcerer in existence.

Doctor Strange will mystify and mind-bend movie-goers in theaters on November 4th, 2016. 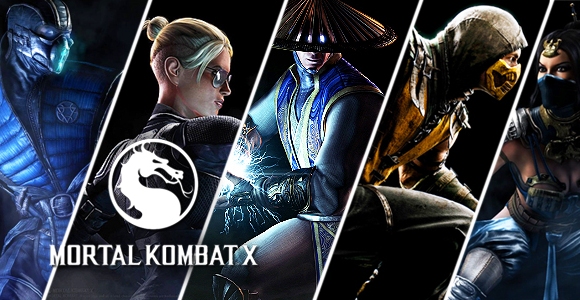 After a full debut and gameplay previews back at E3 2014, it’s been a steady stream of news from NetherRealm Studios regarding Mortal Kombat X. From the character reveals [Read more...]