Filming is underway on Ridley Scott’s Alien: Covenant and two images have been released to give us just a little bit more of an idea of what to expect. While neither image is too major, they’re nice little hints about the world that Scott plans to create with his upcoming prequel/sequel.

The first image shows some previously unused concept art that may or may not be employed in the film. You can see that this is a slight variation on the traditional xenomorph design, and it wouldn’t surprise me if we get a new alien in this movie. Every movie in the franchise gives us a new xenomorph of some kind, and presumably Scott wants to follow suit with his own latest variation of the iconic H.R. Giger creature.

The other is a mission patch for the (likely doomed) “Covenant” mission. We can also see that in the time that has passed between Prometheus and Alien: Covenant, the Weyland Corporation has merged with the Yutani corporation, and now we have the ever-so-trustworthy Weyland-Yutani Corp.

It's official! Weyland-Yutani will be in #AlienCovenant! Check out the new promotional image from 20th Century Fox: https://t.co/er3hZsn8J1 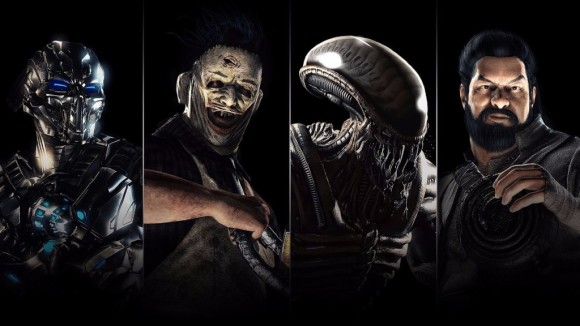