This Saturday, the UFC is putting on another huge event. With two title fights on the card UFC, 196 offers us a night of fantastic fights, not least the two at the top of the card. Everyone is well aware that McGregor is the biggest name in the sport. His victory over Jose Aldo at UFC 194, combined with Ronda Rousey’s loss to Holly Holm, cemented the Irishman’s place as the UFC’s brightest star.

One thing that continues to elevate McGregor’s draw is his ability to constantly raise the stakes. When Jose Aldo pulled out of their first encounter at UFC 189, McGregor took on Chad Mendes on short notice. Supposedly facing his kryptonite, McGregor took on and defeated the wrestler. After beating Aldo in just thirteen seconds in December, McGregor once again upped the ante for his next fight by electing to move up in weight to fight Rafael Dos Anjos for the Lightweight title.

When Dos Anjos pulled out, McGregor kept the ball rolling. By moving up to Welterweight to face Diaz, McGregor has kept his fight unpredictable and unconventional, even in the face of another late change to his opponent.

Nate Diaz presents McGregor with a puzzle he’s yet to face in the UFC. For the first time in his career, McGregor will be the smaller man with the shorter reach. Diaz stands at 6’0, with a reach of 76 inches, easily longer than McGregor’s 5’9 with a 74-inch reach.

In Diaz, we find a slick boxer who marches forward, peppering his opponent with lengthy jabs and straights. He also possesses a phenomenal ground game, having long trained under Cesar Gracie.

In McGregor, we have an in-and-out fighter who has shown a wonderful control of distance and possession of a devastating left hand.

Past that, there’s a high level of uncertainty to the way this fight will play out.

Most analysts seem to believe the fight will be primarily a stand-up affair, where it would be said that McGregor probably has the advantage. Yet even in the striking, there are questions. We’re yet to see how McGregor’s power will translate to Welterweight, and even if it will matter. Diaz has only lost via (T)KO once in his career, against Josh Thompson in 2013. Other than that, he has shown exceptional resilience to big punches.

Yet there’s another major angle in this fight, that perhaps some are overlooking.

As with every McGregor fight, there has been an intense media scrutiny on this fight. In just ten days, the two main eventers have held two press conferences, and been part of countless interviews. Conor even appeared on Conan O’Brian.

In that media attention, there has been something interesting about Diaz and his answers. Repeatedly asked about his tactic for the bout, or if he’ll be looking to use his jiu-jitsu, Diaz refuses to be drawn. “We’re gonna fight,” is about all he’ll give the questioner.

And still, at his open workout, he spent much of the time grappling. After the two engaged in their scuffle at the press-conference staredown, and were interviewed directly after, Diaz (clearly aggravated) said he was thinking choking Conor with his own jacket, before mentioning Conor’s two losses via submission.

It begs the question, everyone may think Nate’s coming to brawl and put on a show, but could the Stockton native be thinking of a different outcome?

Out of his entire game, McGregor’s weakness is clearly on the ground. Against Chad Mendes, he was taken down and battered with relative ease, before managing to escape to victory. In that fight, though, McGregor supposedly had trained with an injured knee, and could be a poor representation of his real ability.

His two losses have both come via submission, although the last of those came in 2010.

That makes it hard to judge McGregor on those losses, his attention to Jiu-Jitsu has gone up since the early days. But even if McGregor has improved on those skills, and clearly he has, Nate is elite on the ground. Over 60% of his wins have come via submission.

Another unknown quantity is Diaz’s cardio. Taking the fight on such short notice can only ensure the man isn’t at his fittest, training for a triathlon or not. If he’s aware of this, he’ll be looking to come out swinging, trying to end the fight in the early stages.

Once again with a McGregor fight, we simply can’t predict with any certainty. And it’s these questions that we tune in to have answered that makes the Irishman the biggest name in the game. 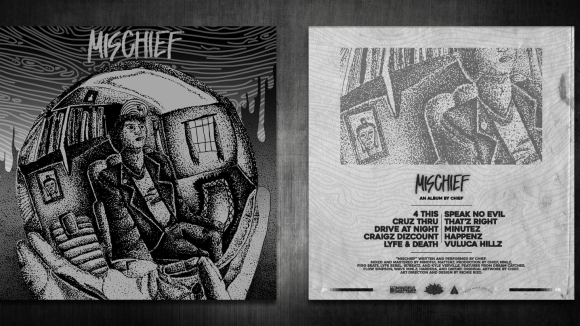 May belongs to The Chief as the master plan to take over the music scene has taken a MISCHIEVIOUS turn. Chief release his first full-length album entitled MISCHIEF. Written [Read more...]