The Tribe (Tribe Chillin) is back! Back to make the year 2017 their own as they released a brand new endeavor for the fans that remain loyal to them for the past few years. When we discovered this group they were chuck full of potential. From their delivery to the style, they developed there’s no denying that The Tribe has made a name for themselves especially in the Sin City of Las Vegas. We’ve mentioned before that the evolution of this group is the reason why we continue to try and make strides in the artist(s) that should be getting the recognition for their music.

The Tribe would announce their self-titled EP and spark a buzz that continues to earn the admiration of their fans to this day. The EP would contain 4 brand new tracks that gave fans a new style in which The Tribe would embark on in the new year and be released on Apple Music for pre-order. In 2016, The Tribe released four tracks (“Slow Drag“, “Namesake“, “World Is Mine“, “You Should Know“) separate from the EP that were a part of an initiative called #TribeTuesday rally their fan base for new music. The songs contained in the EP all have a unique sound and message for everyone willing to listen. There’s truly no shortage of lyrical prowess from each member that contributed to this EP that the future is brighter than ever before. It was believed (on our end) that the group would possibly remain in a hiatus due to the member working on themselves individually but that wasn’t the case.

On the big day Since 2014, The Tribe has given us no reason to stop supporting them as the hunger to be successful is only beginning to fester for greatness. The EP itself is a testament to what’s coming in this new year as the collective group that continues to release new music will only find themselves becoming an unstoppable force in the future.

You begin to wonder who really is in the Tribe Chillin group. Although the five core members, Chief, WAVE MMLZ, Cloud, Andwhy, and Dream Catcher are the definitive members the additions of Richie Rizo, Flow Simpson, Haresha, Landon Hill, and various others make the tribe a collective rather than a limited group of musical talents. We thank The Tribe for entrusting us with the many reviews and features over the past few years. As for the fans, on January 16th, The Tribe would deliver a message to the fans that were in attendance during the release show and to those who support them.

THANK YOU SO MUCH TO EVERYONE WHO CAME TO OUR EP RELEASE SHOW! pic.twitter.com/bWqXwKkhDa 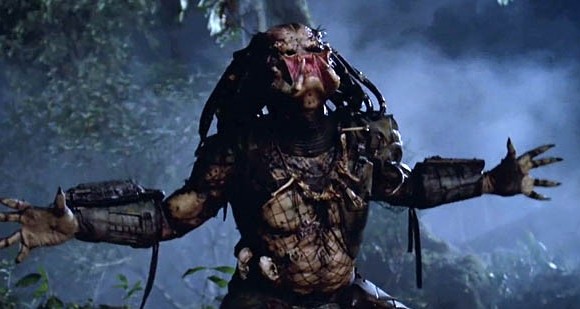 A new teaser poster has dropped on Facebook, and it confirms the rumored Predator reboot is actually going to happen. Set to write this re-­reboot are writers Shane Black [Read more...]