2016 is here! Give it up to the new year, along with new faces that will come up to show their potential in the world of entertainment. Wait! Even with those artists and entertainers that have been hanging with us in 2014-15 here’s another artist that has caught our eye from the tail-end of 2015. He’s a really great artist that has been able to capture the essence of music and put his soul into it. Much like Jae Jin, who has the soul aspect of music, this artist has the soul and R&B mix giving you an exuberant poetry in motion.

His name is, FUZZY aka Ehwhen Keem!

His rough cut track “Honeycomb” definitely took the interest as he’s speaking of the very emotions that convey his emotions to that special someone. “Honeycomb” has that unique indie melody in the background almost like a J Dilla track that was frequently used in ‘Adult Swim’ bumps. Even with the originality of the lyrics and the beat elevating the song to a new level of uniqueness.

Some of the fans that have supported the young singer/rapper has shared their feelings about the song:

Love the light jazzy air and harmonies. Vocals are really nice. Sophisticated production all around. You could consider mixing it a little louder? Don’t overcompress but a bit more would help this track stand out

Coojo The Nytecrawla:
Soulful song. Kind of a Neo Soul sound. Reminded me a lil bit of Jill Scott.

Even our own critic/Editor in Chief Kyle Pinaro co-signed to liking the song:

I do hear the Pharrell-Neo-esque from the lyrics, the melody, and the tone in which Fuzzy is singing the song *bopping head*. Fuzzy has a collection of music that relates to this song. Giving those who are new to this music a taste of what he’s doing. When an artist takes their music as seriously as he does then, you have the right person taking over the mic.

Now I won’t bore you anymore, here’s the rough-cut of ‘Honeycomb’ from the newest member of the SPARX family. FUZZY aka Ehwhen Keem: 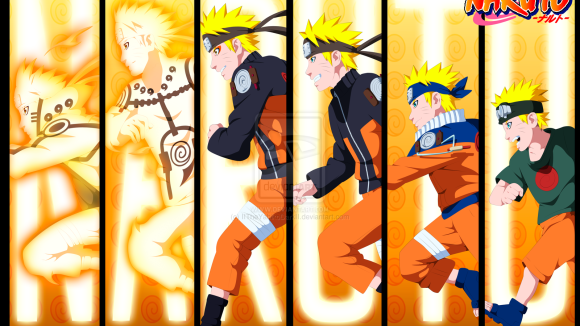 Naruto has been a staple in the world of manga for nearly 15 years and has spawned anime episodes, video games, movies, and more. The popularity of the series has gathered a [Read more...]