The Rock returned to confront the Cenation leader. It's here at WrestleMania 28 when two icons of their generations collide | Designed by: Sparx Entertainement; Images credit: WWE

The last time The Rock was in the ring, it was as Cena’s teammate at Survivor Series and he didn’t look like he lost a step. Cena’s last feud before moving back to The Rock was a physical encounter with Kane culminating in an Ambulance Match at the Elimination Chamber.

For The Rock, this is the feather he needs in his career cap. He has taken out Hulk Hogan and Stone Cold Steve Austin on the WrestleMania stage. Both of those men defined an era of WrestleMania. The only other man left to beat is John Cena. While Cena fans have proclaimed that their hero has made The Rock look vulnerable, his skills at cutting another man down on the microphone have not eroded. If his physical skills have stayed the same since November, John Cena could be in for a long night.

John Cena is looking to win this match to end any questions of whether he could stack up against the stars from the Attitude Era. That era was undoubtedly the most popular time in the history of the company and Cena has been the captain of the ship during the period that followed. Taking out The Rock would give Cena the notch in the belt that while the company might not be as popular; he is better than the stars of the past.

The Rock & John Cena; during an intense after announcing their match at WrestleMania 28, one year earlier.

This is one of the largest matches in WrestleMania history and the crowd will play a large part in it, just as they did 10 years ago when The Rock took on Hulk Hogan.

Who will win this “Once in a lifetime” match-up? Will Cena overcome the challenge as he always had or will The Rock lay the SmackDown on the WWE’s resident superman?

The Rock is so the crowd favorite, that it’s not even funny. If there are Cena fans, they’re not loud enough to drown out the 70,000+ in support of the Rock. Whatever attempt WWE was making at splitting this crowd 50/50, is out the window. Cena’s smug smirk is quickly wiped off his face, when Johnson shows that he can still grapple like he hasn’t been making movies for the last eight years. The two trade bombs throughout the entire match, Cena always earning more derision from the crowd. Rock and Cena both hit their patented finishers, but neither move can put the opponent away. 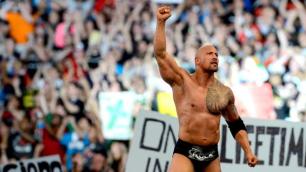 Cena applies a painful STF submission that brings out Shakespearean-levels of acting in Jonhson. But he recovers and powers out; regaining control, he lays out Cena with the People’s Elbow — but it’s only good for a nearfall. Rock climbs to the top rope and goes for a high-risk maneuver, but Cena catches him with an incredible display of strength.

He plants the movie star on the ground and prepares to throw down a “You Can’t See Me” taunt… but he decides to change it up at the last second. He goes for his own version of The People’s Elbow — and just when he’s going to drop the bomb on Rocky, the most electrifying man in sports entertainment jumps up and nails Cena with a huge Rock Bottom. 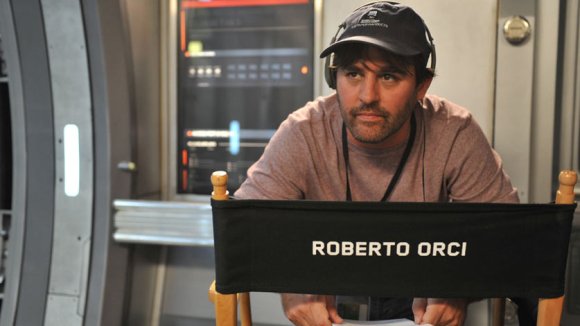 Roberto Orci No Longer Reporting For Duty On ‘Star Trek 3’

Roberto Orci is giving up the helm of the USS Enterprise, and will no longer direct the third installment of Paramount Pictures’ “Star Trek” franchise, sources confirm [Read more...]