It seems as though Bandai Namco prefers making Tekken announcements at fighting game tournaments instead of other events. As some may recall, Tekken 7 was revealed at EVO 2014, and now a new version of that game has just been announced at the grand finals of the King of Iron Fist Tournament 2015.

This enhanced version of Tekken 7 is entitled Tekken 7: Fated Retribution. While details beyond what’s seen in the trailer remain scarce, the game will include the core Tekken 7 experience along with additional content. This added content will come in the form of some new characters, new costumes, new items, and new stages.

With the addition of Akuma to the game, it leaves the door open for other Street Fighter characters to join the fray as well. Bandai Namco says that Tekken X Street Fighter hasn’t been cancelled, but perhaps the concept has been transformed into Tekken 7: Fated Retribution. Of course, Akuma’s inclusion could also just be a tease for the full-fledged Tekken X Street Fighter, assuming it is still in development.

The announcement of Tekken 7: Fated Retribution comes as somewhat of a surprise considering the vanilla Tekken 7 has yet to release on consoles. In fact, it was just announced two months ago during Paris Games Week that Tekken 7 is coming to PS4 with PlayStation VR support. It’s possible that this updated version of the game will be coming to the PS4 instead, or perhaps the new content in Tekken 7: Fated Retribution will be released at a later date as DLC.

Akuma appearing in the game is a pretty big deal, so it would be odd for Bandai Namco to keep the game in Japanese arcades. All things considered, it seems likely that Tekken 7: Fated Retribution will make its way to home consoles and out of its home country at some point, though Tekken fans should wait for an official confirmation from Bandai Namco before getting too excited.

In any case, with the addition of Akuma, Tekken 7‘s roster is shaping up to be something truly unique. Between returning Tekken fighters, new characters like Lucky Chloe, and Akuma from Street Fighter, there’s a little something for every fighting game fan on the Tekken 7 roster. Hopefully Bandai Namco reveals more information about the game soon, and lets fans outside of Japan know if they should be anticipating Tekken 7: Fated Retribution or not.

Catch a glimpse of Akuma and Tekken 7: Fated Retribution in action in the trailer below:

Tekken 7: Fated Retribution has no release date yet and is currently only planned for release in Japanese arcades. That being said, don’t be surprised to see it make its way to consoles at some point in the future as well. 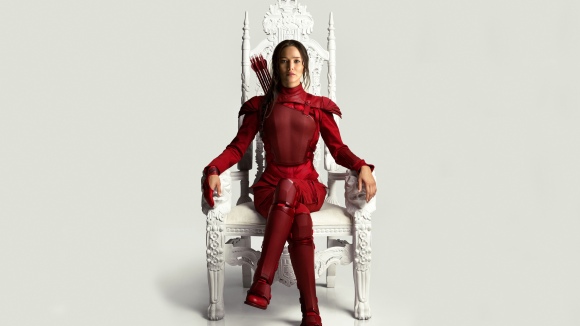 We’ve officially reached the end of the road for the “Hunger Games” series, with the franchise’s final installment, “Mockingjay – Part [Read more...]