Pre-Order your copy for the rise of a explosive promotion & the die trying attitude of the roster!

We witness nothing short of amazing action from the indie wrestling circuit! Rather than be amazed we were extremely honored by getting an exclusive interview from “The Southern Stomper” Luke Hawx himself, surrounding ourselves with talented pro wrestlers that all wanted to put on a great show and gain the respect they deserved. If you wanted to see a mixture of wrestlers putting everything on the line to be the best along with having fun living their passion then, Tier 1 Wrestling is the promotion to look out for. As it continues to become a name to tackle the likes of EVOLVE, Dragon Gate, Warriors Of Wrestling, and Full Impact Pro, last week at “Rise Or Die Trying” Tier 1, not only set the bar for themselves, but raised the expectations of the fans in attendance. You can only expect great things to come from them in the future.

The next big event looming over the Tier 1 fanbase is going to be held in march. “March To Victory” is the name of the event and RudeBoy Riley is set for his first Tier 1 title defense. At RODT, a very special match was announced for the event featuring two of indie’s prize fighters ready to clash. “The British Messiah” & current EVOLVE Champion Timothy Thatcher takes on the “Unbreakable” and former ROH World Heavyweight Champion Michael Elgin. Honestly I don’t think a ring of any size will be able to hold that much force in one ring for the “March To Victory” event On Sunday March 20th, 2016! 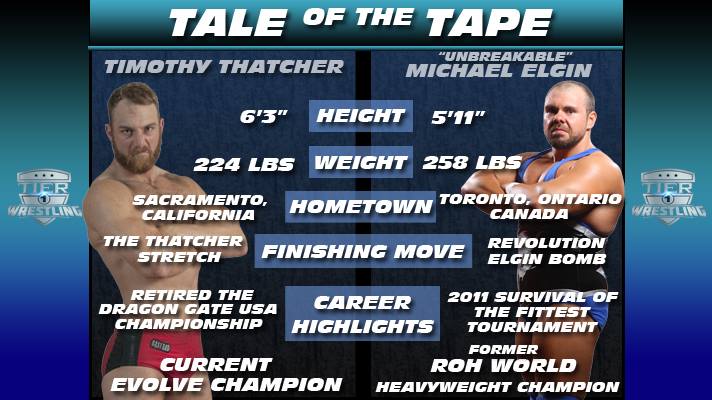 Although the announcement has been made, we can’t forget that a new Tier 1 Champion was crowned at the event. The Rudelands just got ruder as RudeBoy Riley defeated Luke Hawx in an amazing world title match. Oh, but wait you can witness all those moments, along with some amazing matches that will have you appreciate the showcased styles of Tier 1 even more by PRE-ORDERING your copy of ‘Rise or Die Trying‘ on DVD for just $15, and receive a limited edition copy signed by the NEW Tier 1 Champion, and current reigning and defending Warriors Of Wrestling (W.O.W) Heavyweight Champion, Rude Boy Riley! Get ’em while you still can!

Head over to Tier1Wrestling.org to grab this great collectors’ item now.