Lionsgate has revealed The Divergent Series: Allegiant trailer and poster, which you can both view below.

After the Earth-shattering revelations of Insurgent, Allegiant‘s Tris (Woodley) must escape with Four (James) beyond the Wall that encircles Chicago to finally discover the shocking truth of what lies behind it.

Based on author Veronica Roth’s New York Times best-seller, Allegiant is being directed by Robert Schwentke from a screenplay by Noah Oppenheim and Adam Cooper & Bill Collage and Stephen Chbosky. Douglas Wick and Lucy Fisher are producing the film through their Red Wagon Entertainment banner along with Pouya Shahbazian. Todd Lieberman and David Hoberman are executive producing through their Mandeville Films banner along with Barry Waldman and Neil Burger. Erik Feig, Co-President of Lionsgate Motion Picture Group, Gillian Bohrer, Lionsgate’s EVP of Production & Development, and Matt Janzen, Lionsgate’s VP, Production & Development, are overseeing the project for the studio.

The Divergent series of books have been perennial New York Times best-sellers since 2011. Book sales of the Divergent trilogy have surged to over 34 million copies worldwide, up from 17 million at the time of Divergent’s March 21, 2014 release. “Allegiant” sold 455,000 copies on its first day of release in 2013 to break a company record for Katherine Tegen Books/HarperCollins Publishers. Pre-orders for “Allegiant” exceeded those of any book in the history of HarperCollins.

The first two Divergent films have grossed more than $550 million at the global box office and are Lionsgate’s highest-grossing films domestically outside The Hunger Games and Twilight franchises.

Lionsgate will release Allegiant theatrically in North America through its Summit Entertainment label on Friday, March 18, 2016. The fourth installment, The Divergent Series: Ascendant, is slated for release on March 24, 2017.

What do you think about The Divergent Series: Allegiant trailer and poster? Let us know in the comments. 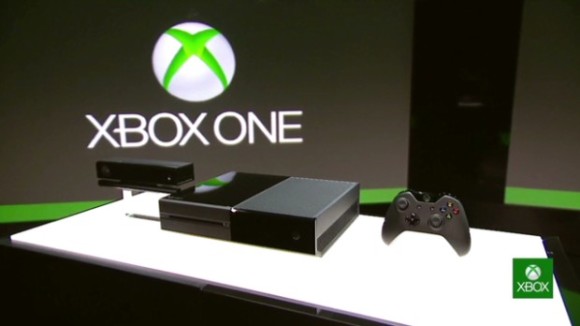 Microsoft One Step Ahead of Sony with Xbox One Teaser

Gamescom only just began, but Microsoft has already made a splash with a couple of huge Xbox One bundles, some exclusive game announcements and a software update that Xbox [Read more...]