A third Alice Through the Looking Glass teaser in as many days has arrived and, in the player below, you can check out a quick glimpse at the upcoming Walt Disney Pictures sequel. It’s a pretty safe bet that we’ll be getting the first wide release teaser trailer very soon. Previously, footage from Alice Through the Looking Glass was showcased for Disney fans during August’s D23 Expo.

Alice Through the Looking Glass, which serves as a sequel to Tim Burton’s 2010 Alice in Wonderland, revisits Lewis Carroll’s beloved stories with an all-new new tale that travels back to Underland – and back in Time.

Returning from the original movie are Mia Wasikowska as Alice, Johnny Depp as the Mad Hatter, Helena Bonhan Carter as the Red Queen and Anne Hathaway as the White Queen, and Sacha Baron Cohen plays a new character called Time whose powers allow Alice to visit the Wonderland characters at different times in their lives. Because of this, we’ll be seeing some of the characters’ prequel stories to the classic Lewis Caroll story of the same name.

You can watch the new Alice Through the Looking Glass teaser below and underneath you’ll find the teaser posters that were released during D23.

Directed by James Bobin from a script by Linda Wolverton, Alice Through the Looking Glassopens in theaters on May 27, 2016.

What do you think of this third Alice Through the Looking Glass tease? Let us know in the comments below! 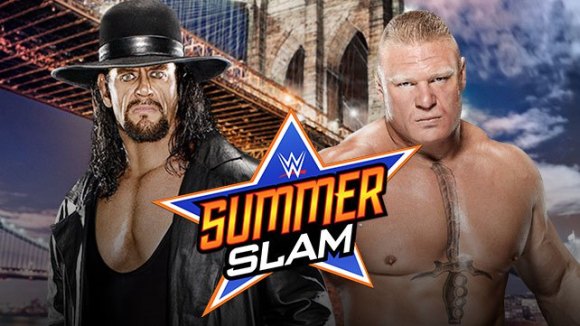 WWE: The Undertaker vs. Brock Lesnar To Set Up Big Storyline For WrestleMania 32

As we know by now, The Undertaker is set to take on Brock Lesnar at WWE SummerSlam. This is the first match Undertaker has had on a PPV outside ofWrestleMania in years. [Read more...]