AMC announced today that it has renewed The Walking Dead, the #1 show on television among adults 18-49 for the last three years, for a seventh season. In addition, AMC has renewed Talking Dead, the live after-show hosted by Chris Hardwick that ranks in the top 10 across all television among adults 18-49, with new episodes to follow The Walking Dead. The network didn’t announce a specific episode count for Season 7, but it will likely span 16 episodes, like the last four seasons.

Last Sunday’s Talking Dead was its highest-rated episode ever that was not a premiere or a finale, delivering 7.3 million viewers, 4.6 million adults 18-49 and 4.7 million adults 25-54 in live+3. 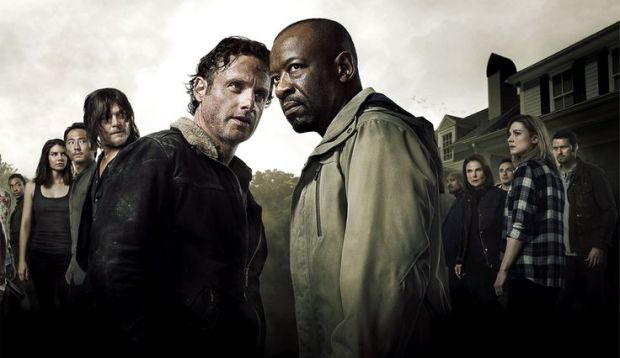 For Season 7, Scott M. Gimple will return as the series’ showrunner and executive producer, along with executive producers Robert Kirkman, Gale Anne Hurd, David Alpert, Greg Nicotero and Tom Luse. Around the world, Season 7 of The Walking Dead will again be “First on FOX,” with FOX International Channels (FIC) bringing the show to audiences globally in all of its 125+ markets as part of FIC’s continued commitment to broadcast the series day-and-date internationally. Following the U.S. trend, The Walking Dead continues to break records overseas and has more than tripled its numbers on FOX since its launch.