You would think as with emotions running through our minds we could probably control them. Perhaps there’s that edge of making sense of it all once it begins rushing at you, like a bull seeing red taunted by the matador. Emotions help cause us to make rational, but sometimes irrational decisions that could effect all those involved. ‘Wild Creatures‘ has the message that speaks to your emotions about love, being able to overcome the odds, and picking yourself back up when you think it’s over.

Jae Jin’s latest & final single release has you wondering about those questions and much more to be asked-to-answered. ‘Wild Creatures‘ is a new single to the debut album entitled ‘KAIROS‘. Like his other releases from his upcoming album, Jae Jin has been able to send a message of using the heart as a way to live life… possibly using it for a certain somebody that may be in your life.

In our review for the album, we mentioned that we had a few favorites from the album itself, “When It Finds You”, “Running, “All Caught Up”, “Wild Creatures”, and “Chemo Song”. Not saying any of the other ones didn’t have some sort of impact, but the ones mentioned are ones that I loved a lot. The messages in each of those songs had a profound impact in the way we listened to them nevertheless the others had message as well. Remember there’s one thing from the soulful gentleman that we’ve learned along his inspiration lyrics.

The message is clear that Jae Jin’s heart and soul has been put in this debut album. That he wants those who listen to understand who he is and what his purpose. All the while trying to get you to find your courage and purpose in this world. Without doubt it’s not a recommendation that Kairos is a MUST listen. Again we would like to thank Jae Jin for granting us the tremendous honor in allowing us to listen to his passion and follow the story that is ‘Kairos’.

KAIROS is set to release on October 6th. Don’t forget to pre-order ‘Kairos‘ today to get ‘Wild Creatures‘ along with three previously-new tracks right now on iTunes, Google Play, & Spotify.

Also for more updates on upcoming shows regarding Jae Jin & all his music endeavors on: 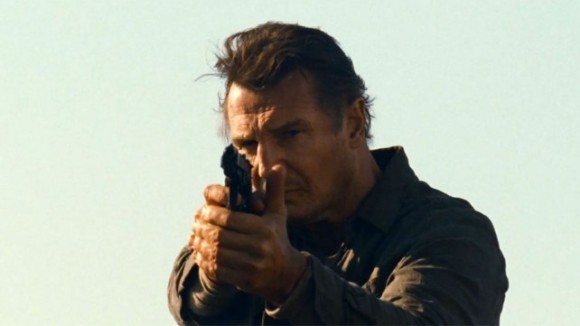 Taken 3 has been renamed Tak3n, in a move that surely signals the end of days is nearly upon us. Inspired by the likes of Se7en, 2 Fast 2 Furious, Cradle 2 The Grave, and [Read more...]