Things keep getting worse and worse for Superman. When he got his new solar flare power in SUPERMAN #38, it appeared things could be changing in his favor. This powerful blast, while it did leave him temporarily powerless for 24 hours, it gave him quite an upgrade in a way to take out big and powerful threats. Of course he’d have to learn to control it to keep those around him safe. It was during this practice time in issue #40 that lead to the TRUTH about his secret identity coming out.

Superman’s secret identity may have been exposed (or about to be exposed next month) but that’s not his only problem. It appears his powers are seriously messed up, as seen in the ACTION COMICS Sneak Peek free issue. 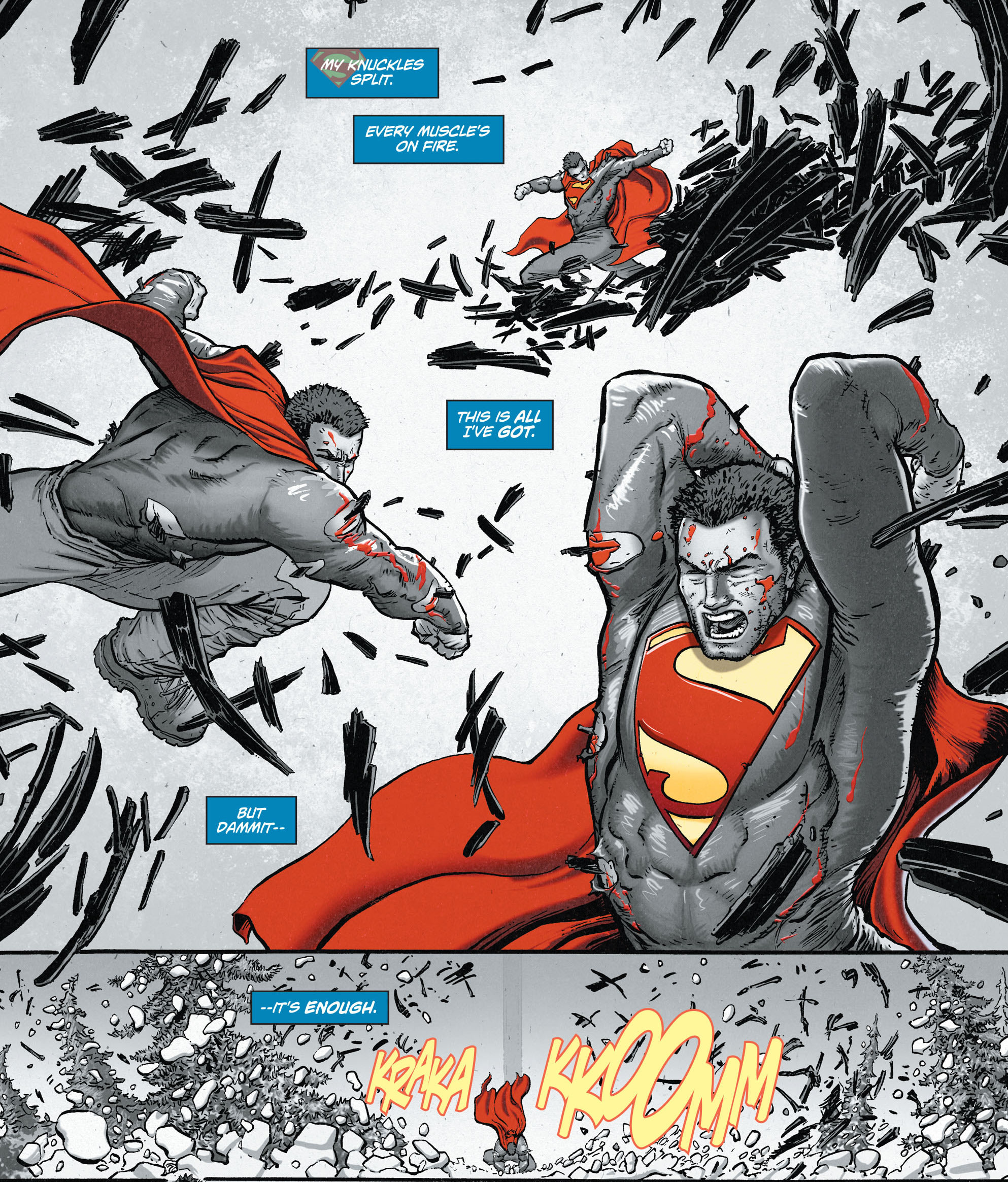 What we saw before was Superman slowly regaining his abilities after a day. We saw him go through several tests with the Justice League. When he tried flying out his bedroom window, he discovered he couldn’t fly but attested this trying to do so “too soon.” He was still able to jump really really high. He stood up to some blasts from some strange high-tech weaponry but survived with some cuts and bruises.

With his inner monologue in the sneak peek, he says his powers are fading rather than simply taking time to recharge. While fighting some shadow ninjas, he holds his own but it does take some effort. 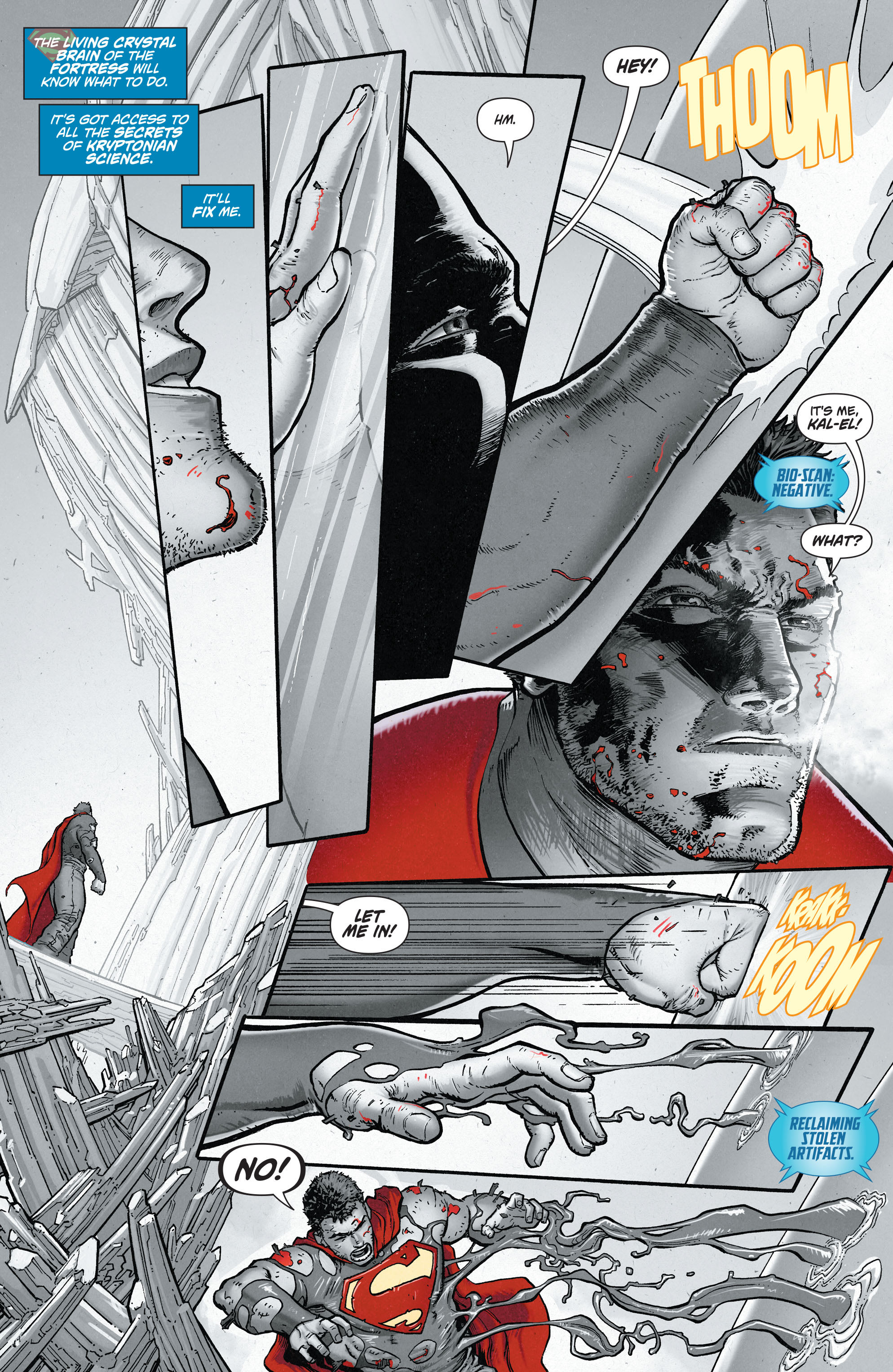 The Fortress of Solitude doesn’t recognize him when doing a bio-scan. It’s basically saying it’s not registering a Kryptonian. Even if it was just a matter of Superman being temporarily de-powered, that wouldn’t affect his physiology or DNA. The Fortress is saying there’s something off about him. To throw even more salt in the wound, it finishes off by reclaiming his Kryptonian clothing. Now we know why he’s forced to wear jeans and a t-shirt all the time.

This could also explain why Superman is seen on a motorcycle on the cover for BATMAN/SUPERMAN #22. 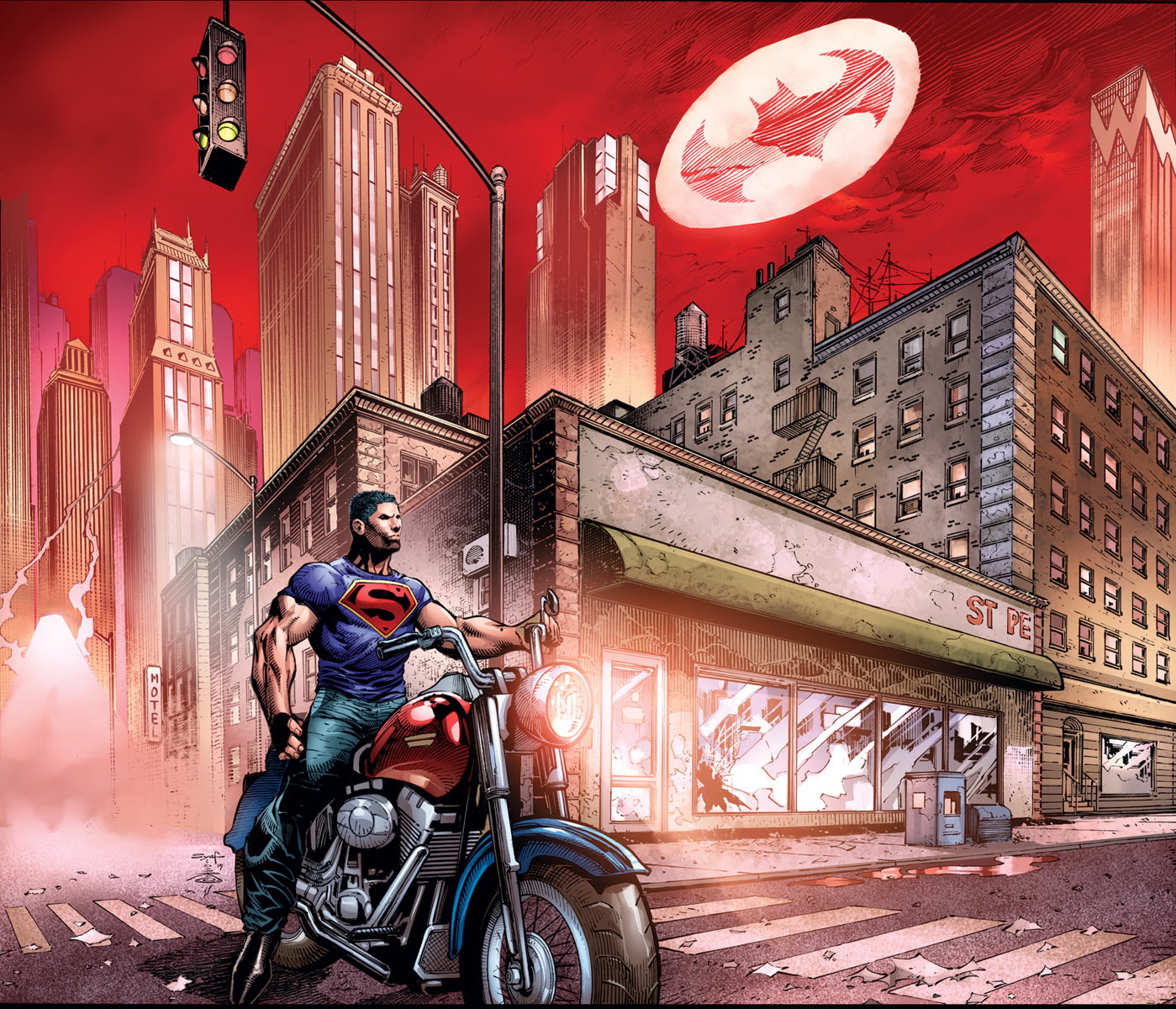 There is a multi-part arc, Truth, coming up in ACTION COMICS, SUPERMAN, SUPERMAN/WONDER WOMAN, and BATMAN/SUPERMAN. Superman’s secret identity has become public, he’s lost his costume, his powers are all messed up and his physiology may be getting re-written somehow.

This definitely isn’t the Superman we’ve been reading about for the 77 years and perhaps that’s a good thing. Having a character’s status quo shaken up can lead to interesting stories. We’ll definitely have to see how the heck they get him out of this messy situation.

WWE: Sting and The Undertaker Coming To ‘The Biggest Party Of The Summer’?

Huge news was leaked this week about a huge return for WWE Battleground. A reddit user who has spoiled the signing of Samoa Joe, the arrival of Kevin Owens on Raw and much [Read more...]