Fred Meyer may have revealed the “Super Smash Bros 4” for Wii U release date. According to a report from Always Nintendo on Sept. 13, a customer found a pre-order card for the console version of the crossover fighting game. Although a release date of Nov. 21 was listed, a note was also included that mention that it may be subject for change.

The second to last month of the year has traditionally been a busy time for new game releases and 2014 is no different. Aside from the potential launch of “Super Smash Bros 4″ for Wii U, several other anticipated titles are also being released in Nov. “Call of Duty: Advanced Warfare” will be coming out on Nov. 4 while “Assassin’s Creed Unity” is being made available a week later.

Furthermore, Nov. 18 is going to be a busy day as well with the launches of “Dragon Age Inquisition,” “Far Cry 4” as well as the PS4 and Xbox One ports of “GTA 5.” With the Wii U not getting any of the major third-party multiplatform titles, Nintendo has to rely heavily on fourth installment of the “Super Smash Bros” series to help sell systems during the holiday season. So far, the system has been struggling in gaining momentum after launching in late 2012.

Aside from “Super Smash Bros 4” for Wii U, the publisher is also releasing several products that will supplement the software product. The first will be Amiibos action figures, which are used to store data on computer-controlled characters in the crossover fighting title. Several Gamecube controllers, one of which is made by Nintendo while the other two are officially licensed, are also coming out. A Gamecube adapter is needed for the official gamepad while the third-part accessories must be attached to a Wii Remote to connect to the Wii U.

The handheld version of the video game is already out in Japan, drawing large crowds. The huge lines are good news for Nintendo as the crossover fighting title appears to be drawing a lot of interests. The localized version of “Super Smash Bros 4” for 3DS is coming out next month on Oct. 3 in the North American region.

Nintendo has remained quiet on the official “Super Smash Bros 4” for Wii U release date aside from confirming that it will be set during the holiday season. The aforementioned Nov. 21 date seems plausible as it just one week before Black Friday, the unofficial start of the holiday shopping season. 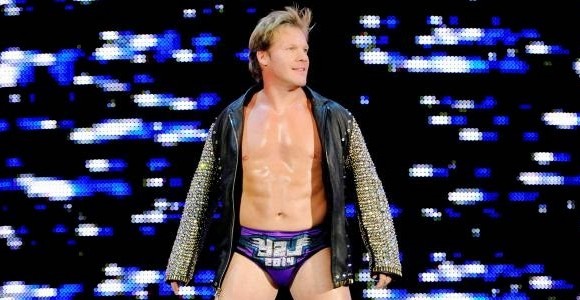 WWE: Chris Jericho’s Unannounced Appearance & Could He Be In the Royal Rumble?

Chris Jericho made an unannounced appearance on Saturday night at a WWE Live Event in Montgomery, Alabama. Not only did he just randomly show up at the event and appear [Read more...]