“This time the cowboy really rides away.” – Mark Calaway (The Undertaker)

For nearly thirty years, The Undertaker has been involved in Vince McMahon’s World Wrestling Entertainment as an attraction and in certain aspects the guy who helped lead the locker room during his tenure. The Undertaker made his debut in the WWE at one of WWE’s signature pay-per-view’s Survivor Series in November 1990. Since that time, The Undertaker’s mythical ‘Deadman’ persona has long been praised for its longevity. In recent years he’s been working with the company in a part-time capacity with a few big matches on occasions. Most notably against John Cena at WrestleMania 34 and most recently against Goldberg at WWE Super ShowDown last June. After that match, it seemed as if The ‘Deadman’ would hang it up and leave the squared circle but that eventually changed.

Last month, WWE started releasing a five-part docu-series featuring the legendary wrestler titled, The Last Ride. Unlike most documentary series from the WWE, this one, in particular, gave us an in-depth look with Undertaker’s struggle making the decision to retire while trying to cope with finding that “perfect” end to his career. The documentary series encompassed career and life from 2017’s WrestleMania to this year’s WrestleMania where Undertaker wrestled AJ Styles in a Boneyard match, which was shot in cinematic fashion. The match was met with rave reviews from critics and fans alike. 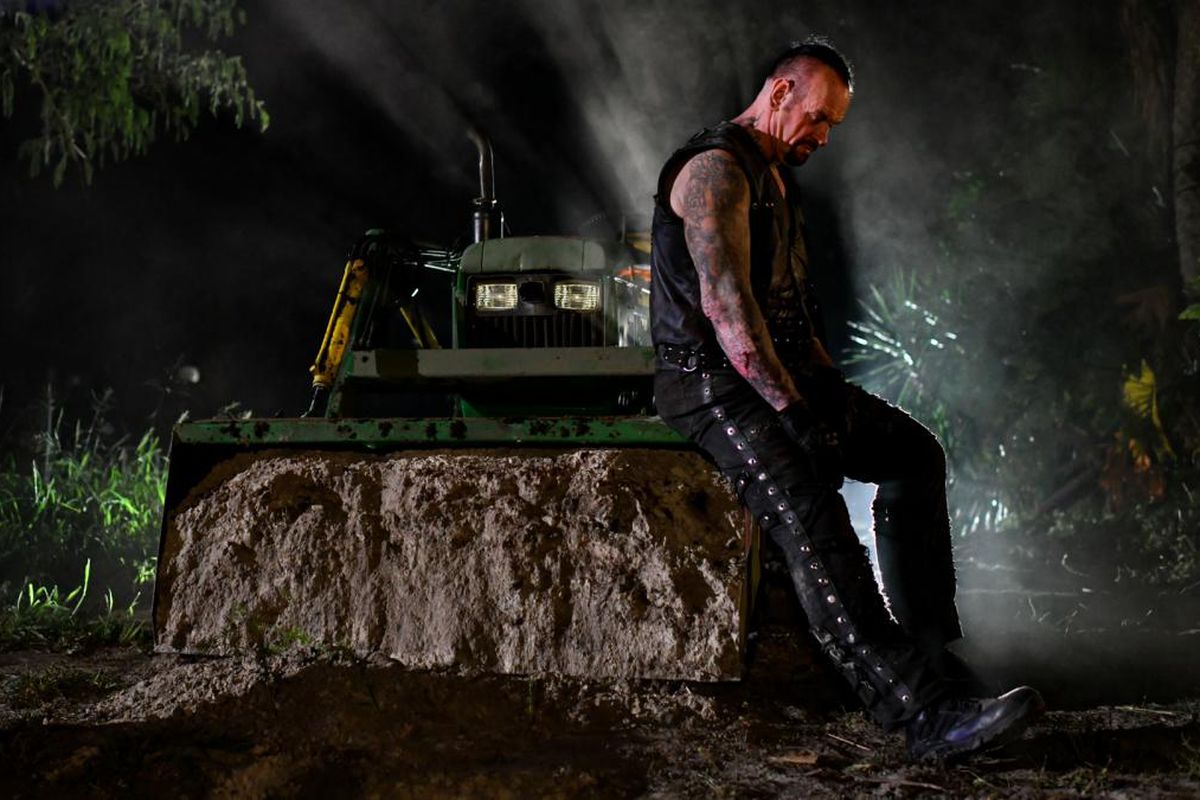 However, with tales of the past and present at the forefront of the Undertaker’s career, the legend known as “The Phenom” may have made his decision to hang up his black hat.

Earlier today, WWE released the final episode of the documentary where we get a packed episode filled with emotions and go deeper inside the mind of how The Undertaker truly felt prior, during and after his match with AJ Styles. Via Twitter, The Undertaker would share a video from the episode Check it out below;

You can never appreciate how long the road was until you’ve driven to the end. #TheLastRide @WWENetwork pic.twitter.com/JW3roilt9a

Through the injuries, pushing himself to the limit time and time again in the closing moments of the episode we see The Undertaker happy with what he’s done. Although we know deep down inside he doesn’t want to walk away from what he loves to do in his own words he says, “If Vince was in a pinch time could only tell there… in case of an emergency break glass pull out The Undertaker… I would have to consider that. Never say never but at this point in my life and career I have no desire to get back in the ring… I’m at a point… this time the cowboy really rides away…“

Batman V Superman: Dawn of Justice might have all the trappings of a summer blockbuster. However, the film – which marks the debut of Ben Affleck’s version of the Dark [Read more...]