The badass explorer has returned!

Tomb Raider is a popular franchise following a female explorer named Lara Croft, who travels the world discovering ancient artifacts from places untouched by man, or so it seems that way after discovering she may not be alone in her quests. The franchise would be adapted from a video game to a film in 2001 starring Angelina Jolie and follow with its sequel ‘The Cradle of Life’ in 2003. If you were wondering when the adventurous explorer was going to make her return we got our answer yesterday when the release of a teaser and poster was revealed. The poster depicts actress Alicia Vikander (Ex Machina) posing with a menacing look, scars over her face and arms, and holding a grappling ax. Check out the poster below; 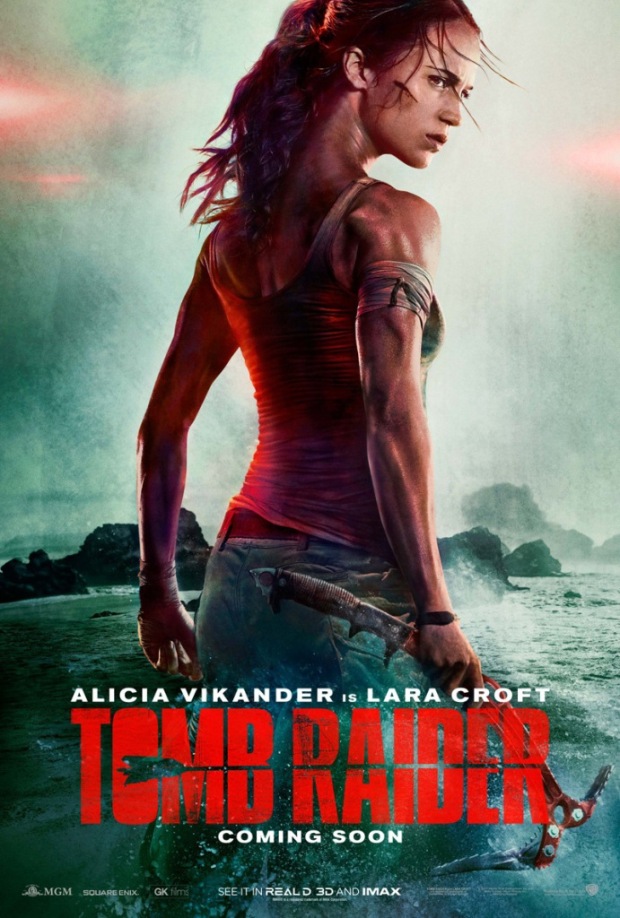 With the teaser offering very little for the fans, it does provide a glimpse of the dangers and action that await us when the film is released. Tomb Raider is directed by Roar Uthaug and appears to be taking a similar route to the 2013 game that explores Lara Croft’s backstory with a grittier and realistic approach (the franchise rebooted with the 2013’s Tomb Raider video game with the acclaimed sequel ‘Rise of the Tomb Raider’ being released in 2015.) We can only wonder what else can be seen as the official trailer for this new film release later today.

In the meantime here’s the teaser:

Well not an official one yet, but fans are wasting no time making teasers showing off their predictions of what they think will happen. Until the official one is released for [Read more...]