After two months of hype and a lot to live up to WWE 2K17 has finally hit shelves and a little after a week of gameplay its time for a review. We had four cover stars since 2K took over the rings as the frontrunning company to build on the WWE games franchise. Last year, Steve Austin graced the cover as Austin 3:16 whooped some a** in the WWE 2K prominent feature ‘Showcase‘ mode. It’s was rather cool to get a refreshing look at the Texas Rattlesnake‘s career or being introduced to his career for the first time. Even though 2K had this feature in the game along with others that took this franchise in the right direction, there were still few components necessary to make the perfect wrestling game. When you gather components from previous games but elevate it to a new level of modern gameplay then, you have WWE 2K17.

WWE 2K17 takes on those combinations that have a deliberate feel giving a somewhat authentic WWE paced match you will enjoy throughout each move. There some small changes made to the systems that expand on the ones used in WWE 2K16 like, the stamina management structure, pin/kick out mechanic, submission mini-game, and the reversal system. In addition to that some new features like the transitioning points between grappling, an alternate submission system, taunting giving the player a small mid-match buff, the significant change of multi-man matches forcing the player to taken a limited amount of time to recover after taking a lot of punishment outside the ring.

A re-introduction to the WWE games is the backstage area brawls and taking the fight to the crowd. With the backstage brawls, you’re allowed to traverse offstage in offices and lockers rooms with lots of interactable objects to hurt their opponents. For veteran players, this will be a feature to utilize as it’s only featured in one-on-one matches, but the veteran players shouldn’t be too hyped as the limitations will get a little annoying. 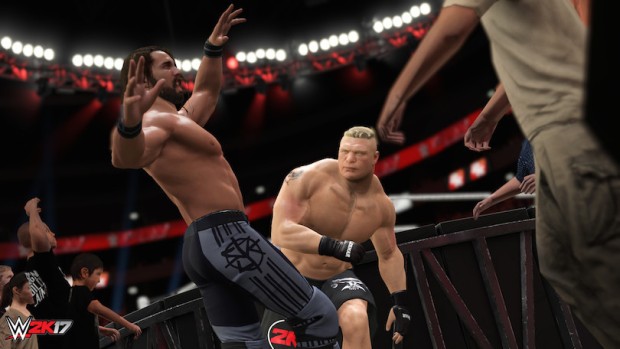 WWE 2K17 took out their prominent feature of Showcase mode to focus on their two simulation modes; MyCareer and WWE Universe. MyCareer mode takes the player/wrestler on a journey to become one of the greatest WWE Superstar. As you create a wrestler you will simulate through learning at the Performance Center, debuting at NXT, and the perpetual showcase of being on the main roster to eventual goals like retirement or getting inducted into the WWE Hall of Fame.

In WWE 2K16, you were at the behest of either being in the pocket of The Authority or going against them followed by going through the hell The Authority put you through. This year’s Career mode allows the player’s character to align themselves with ‘The Advocate’ Paul Heyman. Heyman will instruct you to follow his advice as he attempts to make you the best, but you’re warned that if you cross him you will have to face a beast laying in wait. 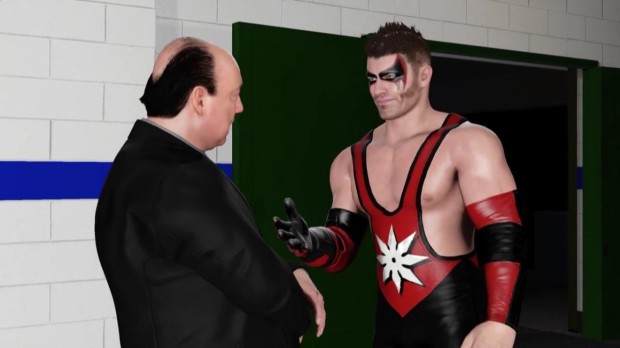 Like Heyman, you must also take to the mic and cut your rival down to size with your words. MyCareer takes a new turn by dropping the voice acting to add Promos. Promo System is a simple text-based mini-game that allows players to do a solo or dueling rants by selecting from 4 different options presented. This system judges a player’s performance not only according to the consistency with a character being heel or face but the relation to the type of crowd that is in the arena.

Next, the WWE Universe mode is WWE version of manager mode. It allows players to simulate the role of booker and manager of shows, rivalries, tag-teams, and championships. The Universe mode doesn’t allow you to have more than one feud which could add some level of differences to each of the wrestlers in your own personal Universe. Although in this mode you are now allowed to have three separate save slots. You also get the return of show presentation that gives each show you play the reality sense you’re actually watching WWE programming.

WWE 2K17 also offers improvements to Creation Suite with a deepened Create a Wrestler, championship, arena and wrestler entrance as well as new features like victory celebrations and a video editor that allows players to create video packages for shows, highlight reels, cutscenes and entrance videos. Most of these are only useful in the simulation modes and it is unfortunate that features that were present in old WWE games, like the ability to create custom finishers and import custom music are still missing in WWE 2K17.

Commentary in WWE games has somehow gone even worse over the years, and in WWE 2K17, (IMO) it’s reached even lower levels. The lines are repeated over and over, some of them don’t make sense, some have been in WWE games for years rather than replaced with new lines. Not sure how it got this bad, but something needs to change next year because the commentary is negatively impacting a really good game.

Overall WWE 2K17 made a big step in the right direction but makes some lazy moves to becoming a very great wrestling game. The bag of audio-visual presentation at times like they settle for whatever was produced. The changes made to Universe and MyCareer were needed but still have issues. Re-introducing the backstage brawling/free roaming will give you a nostalgic feeling to take the fight everywhere. WWE 2K17‘s roster of more than 130 wrestlers is doable but the notable omissions from the roster card like Million Dollar Man, Roddy Piper, Sgt. Slaughter and Batista don’t feel right. Hopefully, this year’s shortcomings will become next year’s improvements to elements of its presentation and variety of gameplay modes. 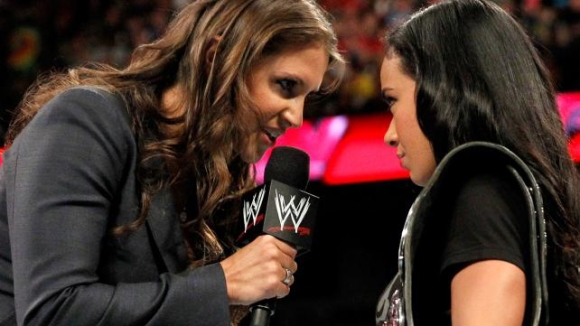 WWE: AJ Lee Interested In A Feud With Stephanie McMahon

According to an Oct. 23 report from IGN, WWE Divas Division Champion, AJ Lee, says she would be interested in opening a feud with WWE head honcho Stephanie McMahon, [Read more...]