One constant that everyone has grown accustom to is the promotions of new series and seasons of shows. The seasons change and Halloween is the fast approaching “holiday” that most look forward to as well, but a lot have grown accustom to the new season of ‘The Walking Dead’. Speculations always grow when the previous season has the last episode like who will be bitten off, who will the join the group, or will the group finally find the salvation everyone wants. Season 6 is being built as a major hard-biting season to date. Season 5 ended very dramatically with Deanna giving up the safe-zone to Rick, but what now?

The Walking Dead Season 6, will premiere this coming Sunday, Oct. 11 with a 90-minute episode full of walkers and conflict, but whose to know what may come out of the darkness as Rick and company try to survive.

One thing is clear from the Season 6 trailer that came out of Comic-Con: There will be a ton of walkers this season. Showrunner Scott Gimple said the show would set a record of the number of zombies used during the Season 6 premiere and the show is in the process of breaking that record during the season’s second half. The herd in the series premiere could be the show’s way of mimicking a crucial moment from the comic book where a massive pack of zombies attack the Alexandria Safe-Zone right as Rick takes control of the community.

Guess who’s running the show again? The conclusion of Season 5 finally saw Deanna relinquish control of the Safe-Zone to Rick. But don’t expect the other residents of the Safe-Zone to go along with it so easily. The Safe-Zone is loaded with new characters for Season 6. The three main newbies are Heath (played by Corey Hawkins), Dr. Denise Cloyd (Merritt Wever) and Carter (Ethan Embry).

Each will try and fit under the Ricktatorship that has taken hold of the Safe-Zone. But… Given the herd heading towards the Safe-Zone, it’s inevitable we could see one or more characters not make it through the Season 6 premiere. Don’t expect someone like Daryl, Michonne or Abraham to run into trouble. But some of the other Safe-Zone residents may want to watch their backs.

Earlier this year, Gimple revealed the Season 6 premiere would play with the element of time, establishing a major event and then showing how we got to that point. But, overall, Season 6 should be very flashback heavy, revealing how the Safe-Zone became so safe, what Morgan has been up to the past two seasons and exactly what happened to Enid’s parents. Season 6 marks the first time Morgan Jones (Lennie James) will join the main cast. Morgan has been on the road the past two seasons, where he’s developed a set of fighting skills and a new philosophy on life.

The trailer for Season 6 of “The Walking Dead” may have been a bit too transparent. Gimple has admitted the show’s producers like to use editing tricks to suggest false storylines. The Comic-Con trailer was all about a serious conflict between old friends Rick and Morgan. But most fans saw through that. While Rick and Morgan may have different philosophies on the new world, their bond goes back further than most of the other characters on the show.

Season 6 ended with the Wolves discovering Aaron’s map and photos of the Safe-Zone. But the showrunners may choose to slow play the Wolves involvement during the first half of Season 6. The focus right now seems to be on Rick establishing himself as the leader of the Safe-Zone and the community dealing with walkers. The Wolves may not make it to the Safe-Zone until the end of the season’s first half or the beginning of the second half.

Season 6 will see several major storylines from the comic book work their way onto the small screen, especially during the second half. We already know Paul “Jesus” Monroe and Hilltop Colony leader Gregory will make an appearance. There are also reports Negan and the Saviors will finally appear. To go along with all of that are the potential deaths of a few major characters and one of the show’s mainstays losing a body part (Hopefully, that’s vague enough).

A lot of the aforementioned rumors and reports could take a long time to develop. More immediately, the Season 6 premiere will build tension, according to actor Andrew Lincoln, that sets up the next several episodes our guess is a somewhat-major character will die, while things could end in a cliffhanger. 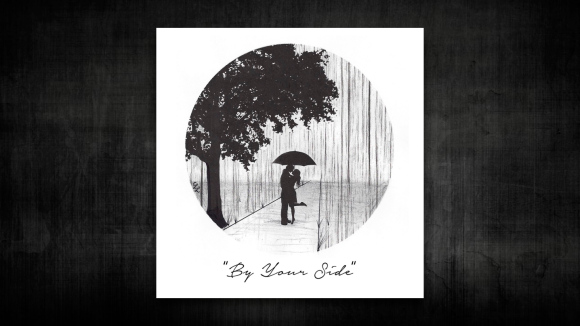 Written by Sean Wall A few days ago, Haresha latest single “Cheetah Sounds” was unleashed to the world as it featured Chief, Flow Simpson, and produced by WAVE [Read more...]