“Well it was good and yeah it’s a must buy”….. Hmmm would you buy it the album or would you be dissatisfied about the way I review the album entirely?

GOOD NEWS EVERYONE! I won’t do that for the simple fact that when Sparx Entertainment reviews anything; from movies to music, or games to even professional wrestling . Now one group that we’ve had the pleasure of working with is ‘Tribe Chillin‘. 5 young upstarts trying to make a name for themselves even though they’ve made the Vegas scene their own in a capacity that can be honored by the hard working that appreciate others working hard for themselves.

Each member has been able to offer their own passion. That in turn leads to the ultimate goal of sharing their music with the fans and the world that supports them every step of the way.

Member of Tribe Chillin named Chief has just recently released an album entitled ‘Mindful Living‘. It’s definitely a Tribe Chillin production that shows that even individually the numbers game is still present. The opening track ‘Morning Breeze‘ is refreshing intake of what the album is all about. You listen to the consistence of it and you know notice the hard work of a collective unit.

‘Come Clean‘ is one track on the album that speaks about what The Chief has gone through before Tribe Chillin formed. It’s something that most artist do, but it has to be done in a way to allow the past be a learning experience for yourself in the present day. It’s one of my favorites along with a few others to be honest. I’ve always loved when artists can take there past and be comfortable about discussing what they did wrong before moving forward. Along with that they never forget where they came from. Most artist almost forget where they come from when all the success gets to their head.

There’s a part in ‘Mindful Living’ where the beat just plays; ‘Seeing Clear‘. It gives you that time to reflect yourself although that the emotions that was going through my mind when I was listening to it. Served as a break of sorts to proceed in a hard hitting fashion. Which it did, as Chief comes for the “throat” with the next track ‘Writing Relieves‘.

Speaking to all souls that use some sort of hobby or passion to escape the reality that is life. It’s a resolve that all of us have.

Even though majority of the album has some great tracks there are ones that even though with the hard work (which we give credit where credit is SURELY due) that didn’t capture the ears too much. Not saying it was horrible, just the flow of it wasn’t as strong as the others. You can definitely see the evolution of Chief, from being a little kid that has his mind all over the place, but once starting Tribe Chillin with his close friends and all having the common interest in loving music has found his path. The right path for himself to make the best use of and telling a story of his life from the man himself.

Overall the album is a good buy/listen for the simple fact that it showcases the talents of many people not just Chief; who does a phenomenal job with the rapping on 13 tracks (1 track was a instrumental of sorts). This album was worked on by many who collectively made great efforts to put out a eargasmic album. Special shoutouts to the producers and featured artists that have contributed to help The Chief:

‘Mindful Living‘ is available now! On SoundCloud and for digital download at The Tribe’s Bandcamp 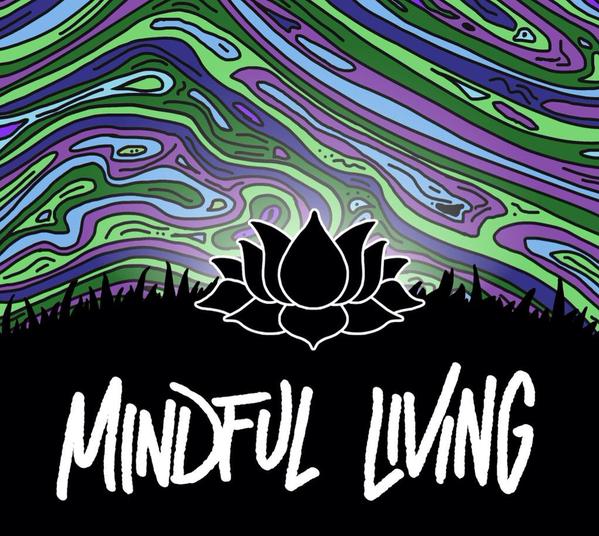