Rocksteady Studios‘ final Batman game has been a long time coming. Since Batman: Arkham Asylum‘s release, Rocksteady has been tinkering with the formula that made that first game so successful, and the culmination of those efforts can be seen in Batman: Arkham Knight. It’s quite liberating to know that you could hurtle into any wall, person or object and most likely come out the other end unscathed. Though the controls in Arkham Knight had me smashing into things unplanned, learning how to make the most of the experience was all part of the fun.

In Batman: Arkham Knight, Scarecrow unleashes a new fear toxin on Gotham City. The civilians evacuate while he and a team of other villains gear up for an even larger attack. Batman must take on this entire rogues gallery to save the day.

While some of the twists in the plot were too predictable, I think Arkham Knight‘s story nails Batman as a character. Rocksteady understands the contradictions at the core of the Dark Knight. Batman doesn’t want to kill criminals but what if killing his foes would save countless lives? His conflicted emotions toward his allies are also explored. He’s developed a team of capable crime-fighters like Nightwing and Robin but doesn’t want to involve them.

Rocksteady’s kitchen sink mentality in regards to narrative will make longtime fans of the character and game happy (via fan service nods). It’ll also frustrate them with the frequent incomprehensible decisions made along the way. For every moment where you’re reveling in Rocksteady’s willingness to ensure no nod is left behind, there are equal moments when you’ll be scratching your head wondering “Why?”

Rocksteady’s deviation from comic book continuity is an asset for the story. They killed off important characters in Arkham City and they do the same here. There’s no sequel to this story so Rocksteady doesn’t have to worry about painting themselves into a corner. They were allowed to make a true ending to their series.

The hand-to-hand combat and stealth segments are still the stars of the show here. Rocksteady is fantastic at pacing each aspect of the game. As soon as you get a handle on things, the game throws a new challenge at you. For example, you’ll begin seeing thugs with electrified armor in combat. Your attempts at stealth will be complicated by a henchman that can detect your position if you use Detective Mode too long. Picking off frightened guards one by one or pummeling a group of ten guards by yourself remains gratifying from beginning to end because it’s always at least a little challenging.

The standard array of weapons and gadgets returns (batarangs, explosive gel, disruptor gun, etc.), and for once you don’t have to earn all these abilities as you play. Some will come into play later in the game, but Rocksteady wisely avoids the trope of having to earn all your weapons and accessories in order to progress… to a degree. The Batmobile suffers a bit of the old progression hold-back, but it’s not nearly as bad as the early Arkham experiences in that regard. The accessories and weapons can all be used in various forms during combat, just like the previous games, and you’ll be able to earn experience to improve Batman’s combat abilities again as well.

They added a new way of making combat better for the players, Fear takedowns, which allows you to silently tackle a small handful of enemies in quick succession without raising any alarm. You have to build up enough quality normal silent takedowns to fill the Fear quotient, but when you do, it’s a sight to behold. This addition truly does add that layer you didn’t even know was missing.

While Rocksteady didn’t go so far as to include traditional co-op, there are moments in Arkham Knight where you do get to team up with another member of the Bat-family. Nightwing, Robin and Catwoman all offer a hand during various sequences, and all bring different combat prowess to the fold. You can swap back and forth between Batman and one of the others during these moments with a simple button press, never losing your combo, and seamlessly transitioning into the AI partner that’s been getting a workout of its own.

Riddler challenges, the use of the Batmobile is rather impressive. There are a few different races you’ll have to complete in order to earn some Riddler cred, but the challenges that aren’t races show just how ambitious Rocksteady was willing to be with the Batmobile. There are some interesting platforming segments, and the puzzles created do put your brain to use in finding solutions to Riddler quandaries that they haven’t been before.

Graphics-wise this is perhaps the best-looking video game I have ever played – bar none. The colouring, the detail, the facial features, lines, shading – EVERYTHING. It’s all there, it’s all perfect and it’ll all leave you exhaling an honest. Couple that with the brilliant cinematic cut-scenes every so often and you’re essentially being flung into a feature-length Batman movie, where you decide what the hero does next or where he goes – and there’s a lot of choice. We’re free to now explore three islands of Gotham City, and the quality doesn’t let-up no matter where you decide to venture.

The journey from Arkham Asylum to Arkham Knight hasn’t always been perfect, but Rocksteady’s stayed true to its concept every step of the way to complete its vision for what and who Batman is. With famous and infamous heroes and villains collected and delivered in one place, Arkham Knight is the game for the hardcore fans, the comic book readers and those who have followed the trilogy up until this point. If we were hoping for the perfect ending it’s exactly what we’ve been given, with the most realistic, likeable and heroic Dark Knight we’ve ever had the ability to play as. Rocksteady has transformed this genre. 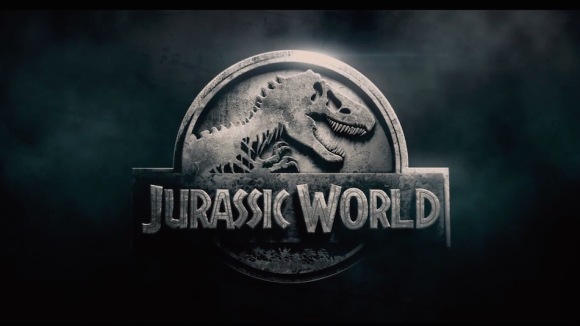 The theme park-level thrills of Jurassic World hit where they need to.  As far as blockbusters go, 1993′s Jurassic Park, based on the book series by Michael [Read more...]