This past week the professional wrestling world suffered a profound loss with the sudden and unexpected passing of the son of a plumber, the Common Man, the American Dream, Dusty Rhodes.

While some carry the purveying idea that professional wrestling does not really outside of the bubble of the WWE Universe, in Dusty’s case, nothing could be further from the truth. Said WWE bubblers may only remember Rhodes for his flamboyant dancing, his Motown boogie anthemic entrance music that signalled his arrival with the arena filling first bars, “A-MEEEEEER-I-CAAAAAAAAAN DREEEEEEEEEEEEEAAM,” his subdued if charismatic-in-her-own-right manager Sapphire, and of course, those yellow polka dots.

But the legend and lore of the American Dream was solidified long before, and then again, long after, Dusty Rhodes’ brief stint in the then-WWF, where his most memorable feuds came against the late Big Boss Man and the “Million Dollar Man” Ted DiBiase. Long before Dusty was the jive-talkin’ everyman, Rhodes was a ruthless, blood-letting villain who, along with tag team partner Dick Murdoch brutalized their opponents in a style that would be the precursor to the hardcore style made famous in the 1990’s by Paul Heyman’s Extreme Championship Wrestling; a promotion that Rhodes would later perform in helping to establish a young Steve Corino, helping to make him a household name, as Rhodes did for so many young wrestlers throughout his career. Together, as the Texas Outlaws, Rhodes and Murdoch were fearsome and dominated the AWA before Rhodes settled in Florida, where he would become a hometown hero for Championship Wrestling from Florida.

Dusty’s popularity and magnetism was such that Vince McMahon, Sr., then promoter of New York’s World Wide Wrestling Federation, brought him north for a pair of main event matches against then WWWF Heavyweight Champion “Superstar” Billy Graham. Whereas most non-regional wrestlers might occasionally be brought into a territory to put over that area’s main champion, Rhodes’ popularity and the response from the fans at Madison Square Garden demanded that Rhodes’ tough-as-nails persona be kept in tact. Rhodes won the first encounter against Graham by countout, only to return and lose the rematch, a “Texas Death Match,” when both wrestlers collided heads and Graham fell on top of a prone Rhodes for the three count. Rather than finish his stay in New York jobbing to other talent in the area, Rhodes won his last three matches before returning to Florida as an even bigger legend.

Rhodes eventually landed, as so many of the top stars did back then, in Georgia working for Jim Crockett Promotions. It was with the National Wrestling Alliance where Rhodes would become a three-time World Heavyweight Champion, twice defeating wrestling king Harley Race, and once taking the belt in a steel cage match from the “Nature Boy” Ric Flair during a feud that would see Rhodes constantly assaulted by Flair and the Four Horsemen. Rhodes’ legend was exalted even further as he now had a large television audience to play to, and thanks to his boundless charisma, his uncle-next-door persona, and his relentless championing of the common working man, rallied fans worldwide who hoped to see him overcome the flashy, wealthy, cocky, better-than-you rule breaking Horseman. While Flair would regain the championship, Rhodes would lead a team of top fan favorites into a match of his own creation, the legendary War Games, which placed two rings side by side with both surrounded by a massive cage not dissimilar to WWE’s Hell in a Cell, where Rhodes and his team of babyfaces would finally deliver the Horseman’s comeuppance.

As Rhodes’ in-ring career wound down he found a new life behind the curtain and on the air. Rhodes would be given creative control on numerous occasions and became known for his creative finishes and for his exuberant color commentating. As a creative force, Rhodes would not only be responsible for storylines and character development, but also for “genius-ing” several iconic brands, such as Starcade, The Great American Bash, Halloween Havoc, and Fall Brawl.

More recently, Dusty Rhodes had taken a position as a creative producer for WWE, most notably helping to shape and mold young talent in WWE’s NXT developmental division. It is here that Dusty may have made his greatest legacy, as so many WWE main roster stars from the last decade, including the likes of John Cena, Randy Orton, Seth Rollins, Dean Ambrose, Kevin Owens, Sami Zayn, have credited the American Dream for his inspiration, guidance, influence, motivation, advice, and counsel as key factors in their own success. Long after Dusty stepped out of the ring, his fingerprints were all over the industry, and the direction of the professional wrestling business has been guided with Dusty Rhodes in the driver’s seat.

Dusty Rhodes became a WWE Hall of Famer in 2009. His legacy lives on in his sons Dustin, who rose to fame first as “The Natural” debuting in an angle during Dusty’s short-lived in-ring WWF stay, and Cody, who performs as a main WWE roster member today as Stardust, named after an old monicker of Dusty’s.

For generations to come, the professional wrestling business will feel the contributions given to it by the hard work of the American Dream, and it is through this work that the vision of Dusty Rhodes will live on. Thanks to Dusty, the American Dream is alive and well, and is evident in the performances of every WWE and NXT Superstar each and every time they come through the curtain and perform in front of an audience. The wrestling business is infinitely bettered because of Dusty Rhodes’ participation in it and contributions to it. Thank you, Dusty. You were anything but common. Your work is finally done. 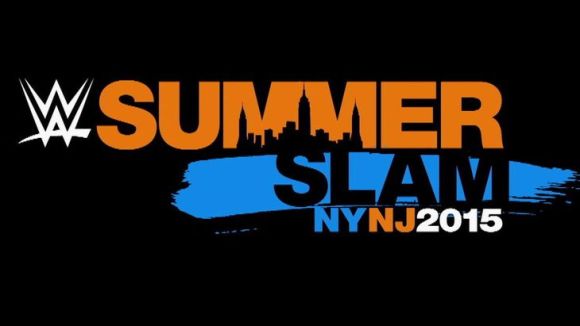 WWE: Sting and The Undertaker Coming To ‘The Biggest Party Of The Summer’?

Huge news was leaked this week about a huge return for WWE Battleground. A reddit user who has spoiled the signing of Samoa Joe, the arrival of Kevin Owens on Raw and much [Read more...]