Get ready to enter a world of hackers and conspiracies when Mr. Robot makes its debut on the USA network this year. This show looks to become another fan-favorite and could develop a cult following due to its very interesting subject matter. A show like Mr. Robot has a lot to offer in terms of social commentary on democracy, privacy, security, corporations, and the internet. Most importantly, the show will be delving into the hacker culture and will give us a glimpse into the life of a would-be hacker who some may be able to identify with on some level.

In USA Network’s new dark drama series Mr.Robot, the hero is a young man Elliot (Rami Malek, Need For Speed, Night at the Museum), diagnosed with a social anxiety disorder and paranoid delusions – that means what he sees may or may not be real. So when Elliot starts seeing men in dark suits following him, is he imagining it or is there something more sinister going on and he has stumbled into a corporate web of deceit and evil dealings?

Elliot’s day job is working at a security firm and one day he counters a vicious hacker attack, which puts him in the spotlight. Thus, to his employer and the company he saved, he is the hero; but what if the attack had a different purpose, one that would have helped millions of people?  Just who is the hero then?

Considering that the content of this show deals with hacking and cyber-based activities, it will provide an interesting debate and discussion about hackers and hacking groups such as Anonymous which is one of the most prominent hacker groups in the world today. Anonymous claims that their goals are to create a more honest society with less internet censorship from the government, intervene in social causes when they feel the situation calls for it, express their feelings about the prosecution of hackers, and to establish their own view of what a better society is.

There is still a negative stigma around Anonymous and alot of that has to do with many of the group’s controversial activities which generally seem to be based on the idea of “Mob mentality”. Some still wonder if the good Anonymous does outweighs the bad.

Mr. Robot offers a glimpse inside the internal world of a solitary and lonely hacker, looking to expose fraud, greed and duplicity, who finds himself embroiled suddenly in a much higher game within a game – and just who can he trust?  In addition, Elliot is never quite sure if any of it is a figment of his own fractured reality.

With a cast that also includes Michael Gill (House of Cards), Gloria Reuben (ER, The Blacklist), and Bruce Altman (Elementary), Mr. Robot is a delight for those looking to have their cerebral funny-bone tickled by conspiracies, paranoia, and a dose of corporate thriller. It has a dark edginess that will feel unsettling at times, but the story will could draw you into its slightly bent world.

Mr. Robot will then debut in its regular timeslot, starting Wednesday, June 24th at 10:00 p.m. on USA Network. 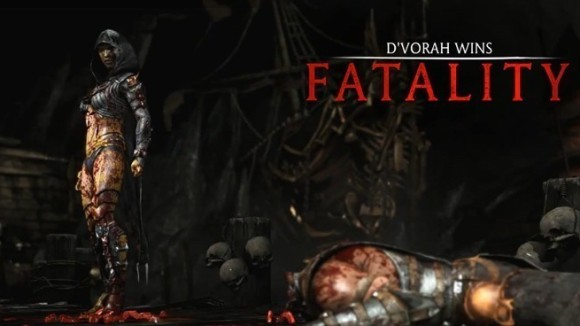 Mortal Kombat X, the next iteration in the long running fighting game series from NetherRealm, has just received some more details courtesy of one of its developers, stating [Read more...]