WWE NXT is continuing to take the professional wrestling world by storm. Three days ago, tickets went on sale for the next set of NXT live events and the WWE is planning on coming to Pittsburgh on June 11. The tickets sold out in under an hour. WWE fans went to twitter and placed their displeasure with how fast they are selling out.

Finn Balor, Sami Zayn, Kevin Owens, Hideo Itami, and Samoa Joe, when he comes up, are all main attractions in WWE NXT. WWE fans from all around the world want to see the future of wrestling in action. Nobody can deny their skill on the mat and on the microphone. That’s why the WWE’s main roster is working harder than before to secure their spot in WWE.

#NXTPittsburgh sold out during the pre-sale, let's all hope they add a second show! Reminder: We will be having a tailgate party!

WWE NXT is starting to tour internationally as well, which will only boost their popularity by the millions. Ryback, former-Tough Enough participant, talked about WWE NXT and how Triple H began something that is the future of wrestling. WWE NXT makes everyone work harder.

“It constantly evolves. We are very fortunate to have that developmental system now, with guys from the past, legends of the WWE. Triple H has gone out and brought some of the best wrestlers in the world to NXT and when you’re bringing great wrestlers like that it does nothing but step-up the competition from everyone around it. It’s a very exciting period for WWE right now because what it does is when these guys will come to the main roster, it makes everybody work harder. When you have a competitive environment like that, everybody wins.”

The aforementioned men are threatening to the WWE’s main roster. It’s not that they are better or worse than each other, but the WWE NXT men and women are hungry. Some WWE fans even think that the WWE NXT women are all-around better than the main roster divas. Time will tell, as the WWE NXT roster starts to come up one-by-one. 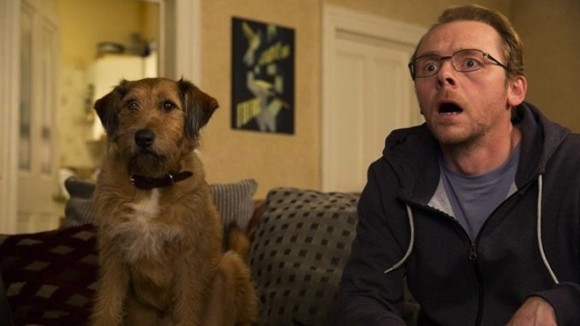 If you’re on an intergalactic alien council, and if test Earth’s worthiness by bequeathing godlike power to one member of humanity selected at random, you could do [Read more...]