The value of music on a man’s emotional life has been generally recognized. Its essence being the harmonious production of melodious sound. The primitive or the unsophisticated man, after the day’s toils and troubles, found ease and relaxed in music and dance: rhythm itself is a great tranquilizer. At the other end of the scale of civilization, lie great thinkers and scientists who refresh their tired brain by music.

When it comes to music being a passion and you have a group of individuals taking music to the level as their life the results are endless.

Music expresses that which cannot be said and on which it is impossible to be silent. -Victor Hugo

Tribe Chillin, is that group of artist who uses their passion for music to send a message. A message that can be positive and a message that others can relate to. Each group extracts a variety of emotions that their fans can no less than find extraordinary. In that same breath the five members just have one thing in common, to make music, enjoy the thrill of life, and give their fan something refreshing-brand new.

This group of talented individuals have just recently nominated for two awards in the upcoming ‘Sparx Awards’ event. So we caught up with the distinguished group to what they really are about.

Q: What is your name(s), and name your group/band/act? [You don’t have to give full names, nicknames would do?]

We’re The Tribe, composed of the 5 members, Andwhy, Chief, Dreamcatcher, Wave and Cloud

Q: Where are you from? How did you get your name?

We’re from Las Vegas, Nevada. And our name derives from us trying to view ourselves as brotherhood or a family more so than a music group.

Q: (Directed to Chief) Who are your band members? And how long have you guy been performing together?

Chief: Our band is composed of us 5 members and we’ve been making music for 4 years but performing for about the past year.

Q: Is there any definitive leader in the group or is it all a group decision-making process with making music?

Our decision making comes from the group, no one persons opinion is more important than the other, but we each take into account others feelings and opinions.

Q: How would you describe your music for the public audience?

Our music could be described mostly as “Feel good” but at the same time we cover some personal topics, we want people to walk away feeling something. We make all our music ourselves, so we definitely have a personal aspect to some of our songs.

Q: Thinking back to early childhood, what was your first experience with music like? What song do you remember most as a child?

Chief: A couple songs that stick out from earlier in my childhood would be “Without me” by Eminem and “Back then” by Mike Jones

Dreamcatcher: “Life’s a Bitch” by Nas

Cloud:  I remember listening to Tupac’s greatest hits in my dad’s truck, and the one song that always stuck out to me was “Changes”. Just everything on that song was so real and even at a young age I felt as if I understood everything he was saying.

Wave: I listened to a lot of different music as a kid, but I remember, “Hate it or Love it” by The Game being the first hip hop song I really loved.

Q: As a child growing up, music surrounds us: what type of music did you hear the most back then? How does it differ from what you listen to now?

Growing up, we were all somewhat exposed to different music. We listened mostly to what our parents listened to, whether it is rock or rap or whatever it may be, what differs now is that we all found our own music to listen to. We’ve found out more so what we personally enjoy and expanded upon that.

Q: (Directed to Wave & Dream Catcher) Describe your style when approaching a song that you’re ready to release?

Dreamcatcher: I try to tell everybody I know, and I try to spread it on social media, I feel that plays an important role.

Wave: Personally, I just like to get the music out there, into people’s heads and see how they feel about it, and hopefully it spreads from there.

Q: How does your family support your music career?

Chief: My family backs me, they see the love and desire I have for music. They support me because they know I’m driven.

Dreamcatcher: For the most part, my family just found out about my music, they’ve become supportive since they’ve seen the videos and hard work we put in

Andwhy: They don’t hate that I do it, but I wouldn’t say they support fully.

Q: What was the first song that you ever sang? How did it make you feel?

Andwhy: The first song I performed was “Just Cause” and it was nerve racking at first, but after a while I conquered it.

Wave: I first performed a verse with the TFY Clique, before the first Tribe set, and I had never performed in front of people like that before, so I just had fun and did whatever felt natural. But when I got off stage I was so happy.

Q: (Directed to ANDWHY): What’s your feeling on the amount of support the fans give you as the level of success for Tribe Chillin climbs?

Andwhy: I say it gets better and better, it never stops. We accumulate more fans and we grow everyday. 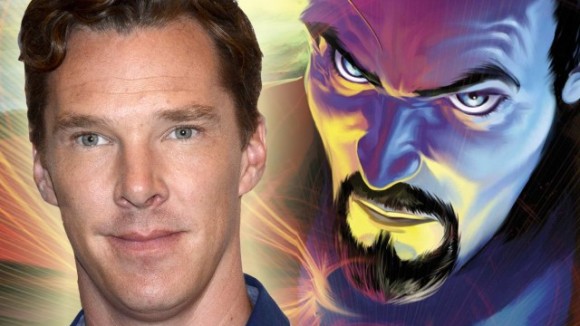 Director of Doctor Strange Drops Hint About The Plot

Now that Marvel Studios has officially locked Doctor Strange in for a release date in 2016, with director Scott Derrickson at the helm, we can start turning our attention [Read more...]