Right before last night’s Raw main event, Paul Heyman came out and delivered a ridiculously good promo on behalf of his client, Brock Lesnar. As he pushed his client to the moon and swiftly used Roman Reigns’ “believe that” catchphrase over and over, something weird happened.

His mic cut out.

Not once, but twice. Paul decided it was time for a new stick, got a dig in against Lillian, and continued on his warpath. Then, for a third time, his new microphone went silent. Sure, this has happened to others in the past, but this time around it seemed strange. Throughout the night, there were multiple segments in the ring – including an especially long Cena promo – without issue. 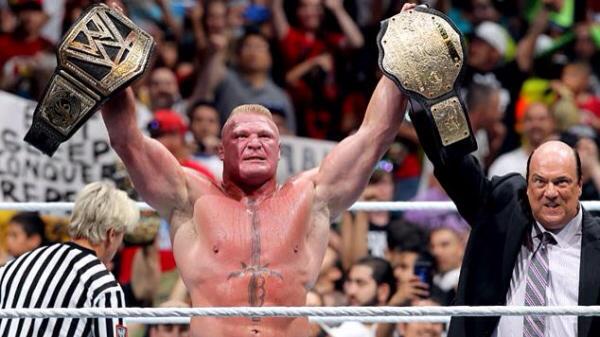 So what’s the deal?

You may think to yourself this was WWE’s way at getting back at Brock for storming off the previous week. He’s obviously not around, so the best way to get at him is to try and make a fool out of his friend, Paul Heyman. Obviously, Heyman is a master speaker, and was able to use it to his advantage.

What do you guys and gals think? Just an electrical mishap or was someone backstage pushing the mute button?