It’s always difficult when two people are the boss. To specify that even more, it’s hard when one man is in charge, but lets the number-two man in the company make important business decisions. The reason is that there will always be times of turmoil. In the WWE, one man is in charge, and his name is Vince McMahon. He built the professional wrestling giant the WWE fans see today.

McMahon took the company from his father and turned it into sport entertainment, but also a multi-billion dollar corporation. They are a publicly-traded company that travels the world to entertain the masses. For any company, the “butting of heads” will occur nearly every day. Since Triple H has gained more power in the WWE, that certain action is taking place more than before.

It first came about when Sting’s job at WrestleMania 31 was the topic of discussion. Vince McMahon wants the Undertaker to wrestle Sting, but Triple H is in favor of himself wrestling Sting at WrestleMania. This was the first instance that the WWE fans heard of their disagreements.

Now, it’s starting to involve other members of the WWE creative staff. According to the Wrestling Observer Newsletter, Triple H and Vince McMahon are beginning to act like they are the only people who write the shows.

“Word is that some of the WWE writers feel they are once again being left in the dark on certain parts of the booking. Triple H and Vince McMahon have been meeting a lot with just the two of them to discuss creative.”

This is becoming a trend lately, because the Observer also reports that McMahon wants to stop pushing the Ascension, but Triple H strongly disagrees. Simultaneously, Triple H is concerned about the long term, while McMahon is focused on the market and money at the current moment. WWE fans always complain about how the WWE doesn’t do long-term booking.

Triple H wrestled in the best era of wrestling — the Attitude Era and the Ruthless Aggression Era. Both integrated the best wrestlers with the best storylines. It worked both ways because the talent was there and the writing of the shows followed suit. There was more long-term booking, and it worked to perfection.

Most fans would have no clue why McMahon doesn’t want to think long-term and book for the future. Sooner or later, Triple H’s NXT group will run the show. Men like John Cena and Randy Orton won’t be winning WWE championships. NXT is arguably better than WWE right now, so why isn’t Triple H calling the shots on both shows? That will be an argument until McMahon steps down, which might not take place for a long time. 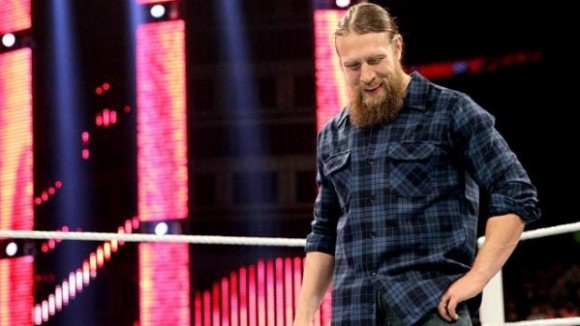 WWE: Daniel Bryan Set To Return By The End Of 2015

WWE Superstar Daniel Bryan is one of the most popular wrestlers in the world. His outside-the-ring appeal is getting to be huge, as the YES! Chant has caught on in several [Read more...]