The last few years have seen films like The Hurt Locker, Lone Survivor, and most recently American Sniper examine modern warfare from conventional points of view: boots on the ground, facing danger head on while staring down the barrel of a rifle. Good Kill, however, is Andrew Niccol’s way of giving audiences a glance at the future of military engagement, in which soldiers pilot drones while hunkered down in the safety of a trailer in Las Vegas.

The film follows Major Thomas Egan (Ethan Hawke, currently busy with Boyhood accolades), a fighter pilot who has transitioned to flying drones to fight the Taliban via remote control. Thomas, unlike deployed American troops, gets to go home to his family (including Mad Men‘s January Jones) every night, but the nature of drone combat begins to take its toll on him; he starts questioning the ethics of his mission, and what he’s fighting for.

Right off the bat, it’s clear that Good Kill is a less action-oriented film than many of its contemporary screen cousins; while the above trailer hints at a bit of pantomimed drone skirmishes, the brunt of the focus falls on Egan as he slowly unravels from stress and from distance. One of the film’s threads appears to involve Egan’s need to fly an actual plane, having come from an air background and not a gamer background.

Once a pilot, always a pilot, in other words. In that respect, Good Kill looks closer to The Hurt Locker than anything else; and Niccol, having stumbled a bit in the last few years with flops like The Host and In Time, seems willing to ask tough, necessary questions about the morality of drone usage as well as our country’s presence in the Middle East.

For fans of Gattaca, the film marks the reunion of Hawke and Niccol nearly two decades after they first worked together. Could be that the film is worth seeing just for that homecoming. 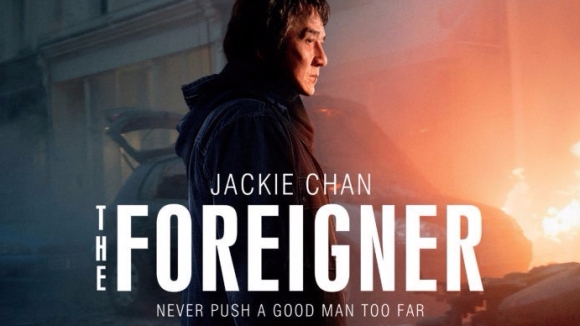