You ever wonder what would happen with Mike Lowrey, Marcus Burnett & Axel Foley sharing the screen? We may get just that.

Adil El Abi and Bilall Fallah are “living a fanboy’s dream” as they may have ideas for what’s being speculated as a potential crossover that many would be interested in. Beverly Hills Cop 4 is coming to Netflix with the film expecting a release next year but such a placeholder means little with this year halting Studios’ production throughout Hollywood due to the pandemic. The film will bring back Eddie Muphy to reprise the role of Axel Foley with the directors of Bad Boy For Life at the helm.

The two directors were asked in an interview which character they would love to see team up with Smith’s Mike Lowrey and Lawrence’s Marcus Burnett, they simultaneously shouted, “Axel Foley!” Although, Adil El Abi and Bilall Fallah may not return to the Bady Boy franchise to direct they still are very interested especially after the movie’s box office success. To further speculate on this potential movie, there were pictures of Eddie Murphy, Wesley Snipes, Martin Lawrence, and Will Smith being shared on social media back in October.

During, the interview with Comicbook.com, Fallah said,

“Yeah, you know, we were doing the re-shoots of Bad Boys in Atlanta and they were shooting Coming 2 America,” Fallah recalls. “And then Will and Martin came to the trailer of Eddie Murphy, Eddie Murphy came, and Will was looking at Eddie Murphy like, you know, like a real don, you know.”

“He’s the godfather,” El Arbi adds of the Beverly Hills Cop star. “Just seeing them together we were like, ‘Oh, sh-t that would be nice dude,’ to have a crossover.”

However, with that being said, it doesn’t seem like the ideas may pick up any steam given certain hurdles that have to be met behind-the-scenes such as licenses, scheduling, and other agreements that have to be met. For now, the only movie coming up for Eddie Murphy is Coming 2 America and is still scheduled for release at the end of this year. Even though there haven’t been any updates in awhile the movie is believed to be in post-production but the movie may get delayed with the uncertainty of the pandemic still looming. Check out the entire interview with Adil El Abi and Bilall Fallah on Comicbook 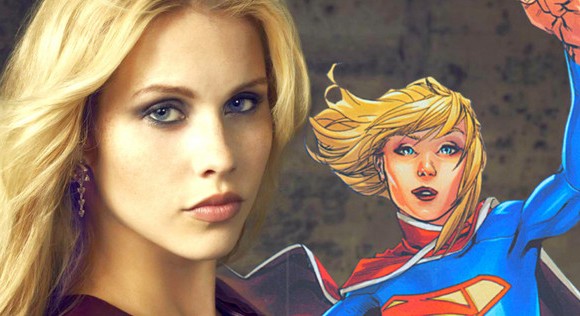 With the world of blockbuster films well and truly conquered, it’s the small screen that comic book superheroes have set their sights on next. It’s DC Comics leading that [Read more...]