The life of a teenage from Kurakura Town changes drastically when a Soul Reaper enters his life giving him the power to defend the innocent.

If multiple pop-culture anime favorites like Death Note, Ghost in the Shell, or Attack on Titans getting their own live-action film isn’t enough well you can add Bleach as it seems Warner Bros. Japan has answered the call. For months, fans have been waiting for word on the upcoming live-action film as the studio has been virtually silent since rumors have been buzzing about Bleach having its own live-action film. The official word of the live-action Bleach dropped yesterday along with its first teaser trailer.

The teaser offers a little snippet of the Bleach in real life. A 20-second clip highlighting the film’s logo and a rocking soundtrack before we see Ichigo Kurosaki. Although it is short, you catch a simple glance at the Substitute Soul Reaper cutting off the hand of a large Hollow with his Zanpakuto. His back is also framed by his traditional black robes. The final shot is a close-up on Ichigo as he stands before a wall of fire, and the hero is seen looking towards the ground with his signature pose; his Zanpakuto resting against his shoulder.

Many fans have already placed their opinions on the 20-second clip, however, there isn’t enough footage present to give a good guess (on my end) on how the Bleach movie will be. The project was announced last year when the Bleach manga officially wrapped. Filming began last fall and wrapped during the winter, giving Warner Bros. Japan plenty of time to sort out post-production obligations.

The film is set to focus on the plot arc that ran through the first eight volumes of the manga series. Bleach would run from 2001 until it ended last year. The live-action film of Bleach is scheduled to release in Japan sometime during summer 2018. There’s also no other further news about whether the live-action film will get a worldwide release in the future only time will tell as the time draws near.

Here’s the teaser trailer below: 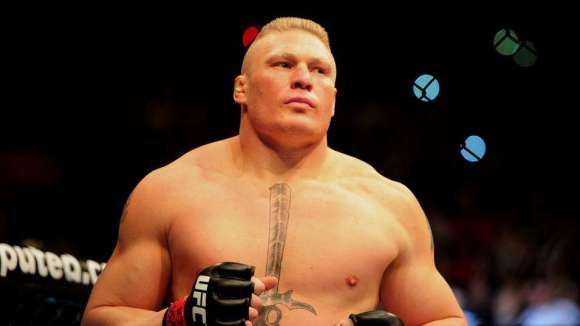 There has been no indication from WWE SuperstarBrock Lesnar that he’s ready to give up his latest run in professional wrestling for a return to the real world of combat [Read more...]