Episode #71 Recap: With Goku beginning to act strange, Goten and Gohan get worried about his well being. Meanwhile, in Universe six, Hit is carrying out an assassination mission by killing a crime boss. After handling the job of killing the boss Hit receives his next target which turns out to be Goku. Back in Universe 7, Goku is still searching for the one who may be out to kill him. After eating a meal, Goku finally senses Hit coming and flies to a remote area. Hit arrives to kill Goku, but Goku would charge at Hit and much to his surprise cannot hit him. With a single strike to the chest Hit seemingly kills Goku and disappears leaving Piccolo, Gohan, and Goten to mourn over Goku’s body.

The past two episodes make perfect sense given all that have to happen from Hit’s newly acquired to the death of Goku. Many fans were able to find out the one who ordered the hit on Goku. In the previous episode, Goku’s awareness of someone trying to end his life, his actions of searching for the person, and his attitude when Hit even appeared. When Vegeta asked Whis what Goku was up to since it’s known Goku never missed a day of training, it was apparent Whis knew exactly about the Saiyan’s upcoming life-threatening demise.

With all the evidence being present, turns out Goku was behind planning his own assassination the whole time. Despite Goku always having an oblivious attitude towards anything non-martial arts related and fighting, his plan was pretty smart. Especially since Goku’s always trying to find the next strongest adversary to fight. This episode along with the previous one is a perfect connection for the upcoming Universal Survival Tournament arc that’s coming in February. I personally always questioned what would have happened in the Universe 6 tournament if Hit was able to kill. Remember, the tournament rules stated there was a no-killing rule so Hit’s full potential was definitely underutilized during the first battle.

Anyways, Goku demands Hit to return and fight him again after all that was revealed. Hit does come back with confidence in his abilities to finish the job he was ordered to do. Hit’s invisible attack is something like a punch that can go past objects and Goku may have found a way to avoid it. Another attack that proves Hit to be unpredictable is his technique where he can confuse Goku by transporting his energy level to different locations.

Episode 72 featured an intense battle between Goku and Hit with no-rules holding them back. Goku had to get all of this done with the help of the two angels, Whis and Vados to contact the legendary assassin to do so. With the fight intensifying Goku would tell Hit that he’s starting to figure his techniques out although it isn’t easy. Hit would then, question why Goku powers up all of the time with Goku knowing that he’s stronger than he was months ago. Honestly, this battle was a battle of respect for both even though Hit’s true intentions are to kill Goku and Goku is truly out to prove he’s the best.

Later, we see Vados and Champa watching the fight. Champa would go on to accuse Vados of ordering the hit on Goku but Vados would explain that she was asked to do it. The fight seems to be coming to an end as Hit barricades himself from an all out attack from Goku who’s preparing to fire a Kamehameha. At this point of the fight, Vegeta, Whis, and Beerus are watching the fighting along with Champa and Vados.

The fight ends when Goku’s Kamehameha appears to knock Hit out. With Goku using up all his energy and both of them laying on the rocks the battle ends. Everyone begins to crowd around Goku and Hit wanting to known who really hired Hit to kill Goku. Beerus asks Vegeta and he denies it and tells Goku why he likes fighting against Hit more than he does. They all finally realize that Goku himself hired Hit to kill him. The reasoning behind it is for Goku to fight Hit at his best which is a very clever move. We all know how competitive Goku is when it comes to fighting.

Overall this episode was a good plot to set up the Universal Survival Tournament since it’s obvious that Goku and Hit will be in it representing their corresponding universes. It will be interesting to see if Goku or Hit will either meet their end in the next arc or there could be someone stronger than them. 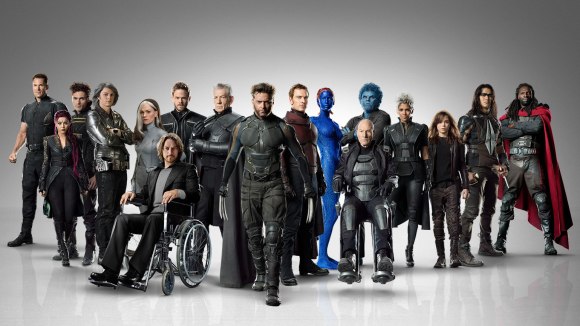 Days of Future Past Changing Ways of The X-Men World

Warning! The following article contains some massive spoilers for X-Men: Days of Future Past. If you missed the film in theaters this summer and still wish to not know how [Read more...]