August 19th was the last time, Tier 1 Wrestling hosted an event. They would co-produce with brethren indie promotion, Warriors of Wrestling (established in Staten Island) called, ‘Empire State of Mind‘. It was an event that showcased the best of both locker rooms in an attempt to show that not only has New York wrestling returned, but the athletes from both promotions are just as talented and passionate than the others from various regions. Once the dust settled and controversial issues were settled the Tier 1 Wrestling promotion seemed to disappear, leaving fans to wonder when the thriving promotion would return.

Two months later, after posting previous matches from the promotion’s history, Tier 1 would release a new logo. Iron Skull Productions was the mastermind production company behind the new look. Tier 1 Wrestling would go on to say,

“We have a brand new outlook on the future of T1W, and we’re extremely excited to share it with all of you. We’re hoping to deliver an announcement regarding our next event very shortly.”

On Halloween, the trick wasn’t there as Tier 1 Wrestling delivered a treat for the fans of Tier 1 Wrestling as they revealed that they will be returning to the borough on Sunday, December 11th. They intend to start where it all began debuting at La Boom; a New York dance & night club. That wasn’t all as the treats kept coming, Tier 1 Wrestling revealed a pro-wrestling legend would make his presence known in Tier 1 history. The brutal naturally-born athlete, former Ring of Honor World Champion, and Impact Wrestling Tag Team Champion, Davey Richards makes his Tier 1 Wrestling debut at the returning show, ‘Resurgence‘. 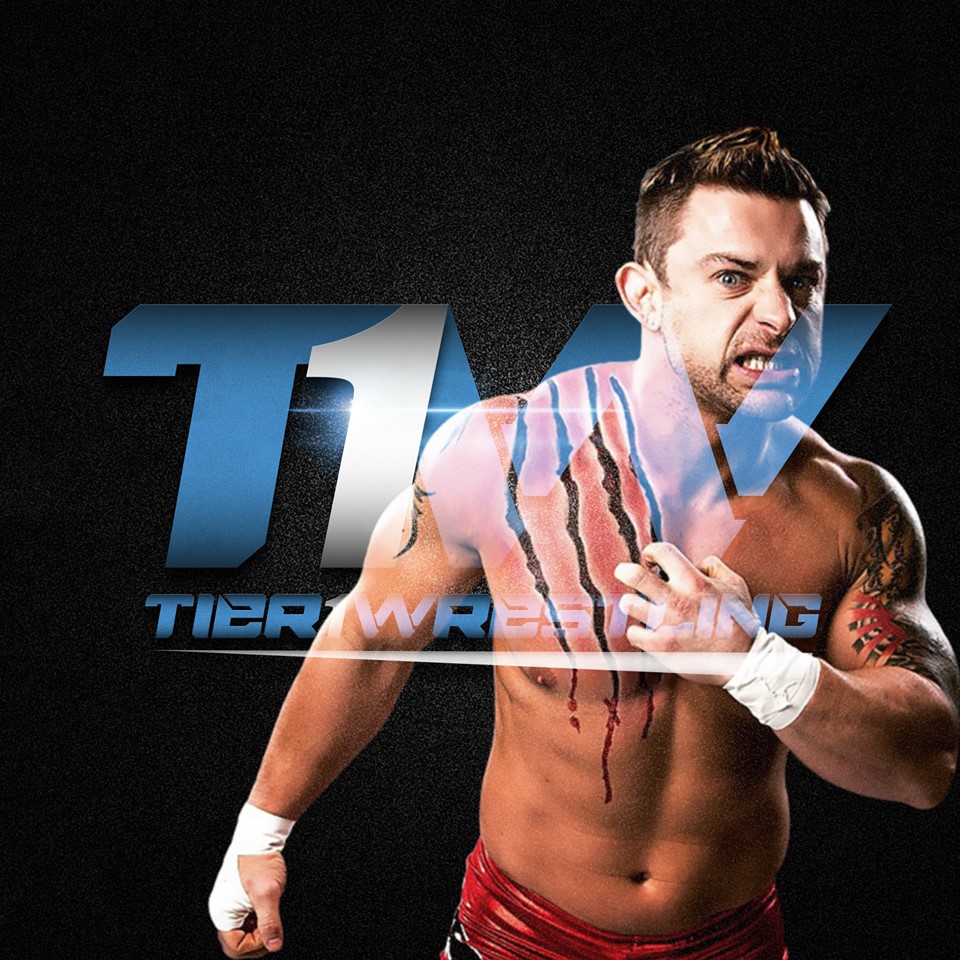 With the anticipation of Tier 1 Wrestling Presents: ‘Resurgence’, the returning promotion has revealed some new details regarding the event. The new competitor to make his presence known in a Tier 1 Wrestling ring is “Cauliflower” Chase Brown. His actions in the ring are sort of a catch-can style whether its holds or throws. Brown‘s personality broaden his style, whereas he come across as an old school hard knocks wrestler, but psychologically use his intellect to beat his opponents. Whether it’s his bragging about being in the international Honor Society of Philosophy (as he claims) or his pure traditional style in the ring, “Cauliflower” Chase Brown will shake the foundation of Tier 1 Wrestling whoever he faces.

Tier 1 Wrestling ‘Resurgence’ is definitely a revival phase for the independent wrestling promotion as they reveal another rising star. Live from La Boom, the Tier 1 Wrestling fan base will witness to the high-flying natural athlete and former Security Forces of the United States Air Force, Dezmond Xavier. Dezmond has never competed inside a Tier 1 Wrestling ring who knows what kind of dynamic the young phenomenon will bring the Tier 1 locker room.

In the beginning of the month, Tier 1 Wrestling announced it return to the independent circuit. After a long hiatus and an uncertainty of returning La Boom will play host for the event. The first competitor announced was Davey Richards, to compete in his debut to the promotion, however, there wasn’t an opponent for him. Today, we get the first official match which is pencilled to be the main event of the show. Richards will have his chance to capture the prize of Tier 1 Wrestling as he goes one on one with the ‘Fresh Prince of Shaolin’, Rude Boy Riley for the Tier 1 Wrestling World Championship. Both Davey Richards and Rude Boy Riley bring a ruthless style that will make this one not to miss. Despite Rude Boy Riley already taken on many notable opponents who’ve competed in WWE, ROH, TNA, & EVOLVE it seems like Davey Richards is a different type of animalistic opponent that Riley will have to remain focused on. This match is very special as it Davey Richards revealed on Twitter, would mention that 2017 would be his last year in professional wrestling so witness one of his last matches in his career. 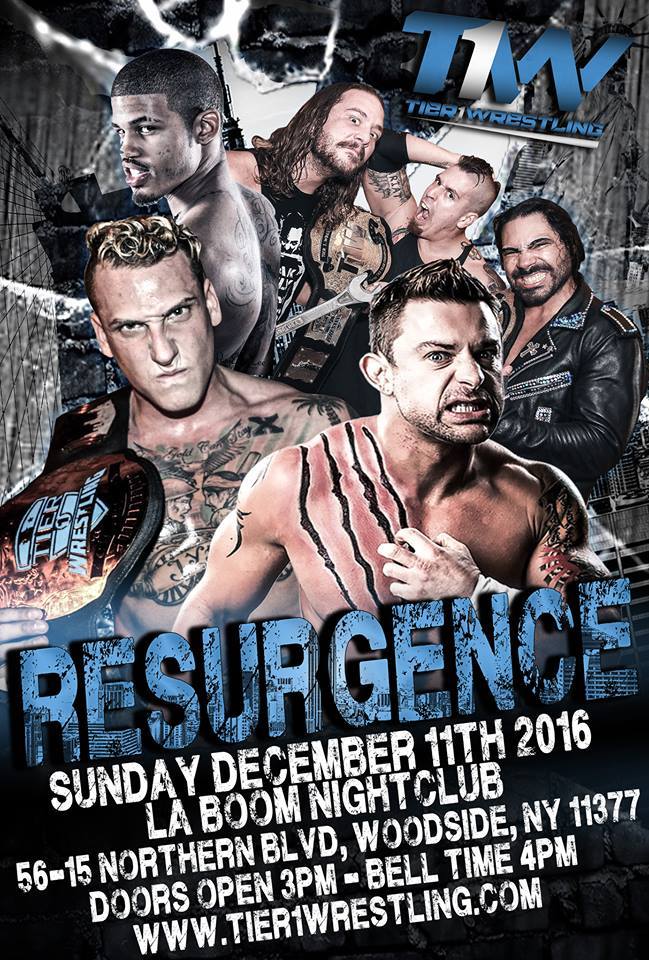 As new information has yet to be revealed yet, we know from previous history Tier 1 Wrestling will deliver a blockbuster show for fans to enjoy. Stay tuned as we’ll be covering each piece of news that is released. So like management over in Tier 1 said, “Mark your calendars, because on 12/11… the hunt is on.” as Tier 1 Wrestling Presents: “Resurgence”