Sony’s rumored PlayStation 4 Neo, a.k.a. the PlayStation 4.5, is still shrouded in mystery. Though there are a number of rumors about what it will be and what it can do, no one will know for sure until Sony makes some official announcement to introduce it to the world.

That announcement may come sooner rather than later, as it looks like the PS4 Neo may hit stores by the fall of this year. The source of this new rumor quickly denied the information, but it’s possible that they are simply trying to put the smoke back in the bottle.

According to VideoGamer.com, French video game distributor Innelec Multimedia spilled the beans on the PS4 Neo in a press release announcing its 2016 fiscal year earnings. The release mentioned that an “evolution” of the PlayStation 4 referred to as the “PS4 Neo 4K“ would arrive during the first half of its current (2017) fiscal year. Innelec’s 2017 fiscal year began on April 1, so the first half of the year will end on September 30, 2016. If the PS4 Neo is coming before that point, then we’re likely looking at a late summer/early fall release.

Innelec quickly released a statement about this, denying any official knowledge of new PlayStation products:

The “it is possible” phrasing gives the company an out in case the PS4 Neo is released during that time period, as Innelec can claim it never explicitly denied that the console would be released then. The statement is very careful in pointing out only that Innelec has no official information to share about the rumored console.

This timeframe makes sense, since a release within a few months of E3 (where some believe the console will be officially unveiled) would fall within that period. Innelec’s faux pas in its press release potentially spoiled the surprise, but it’s not that much of a surprise anyway if you’re expecting an E3 announcement. Honestly, the only thing that would have been surprising is if the company had hinted at a PS4 Neo release during its fourth quarter since that would have put it after Christmas and in direct competition with the release of the Nintendo NX.

Given how the press release specifically mentions the rumored console by name, there’s essentially no chance that it was an accident. Innelec’s denial is almost certainly an attempt to downplay the mention and let Sony have the spotlight when the console is finally announced, but the whole incident simply adds more fuel to the fire in regard to PS4 Neo rumors. The main question that remains is whether the rumored improvements will be enough for those who already own a PS4 to upgrade to the new console when it’s released.

The PlayStation 4 Neo has not been officially announced, but an announcement is expected later this summer. 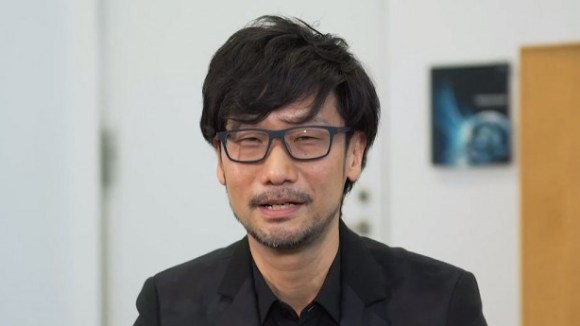 While Guillermo Del Toro has enjoyed plenty of successes over the course of his career, it’s hard not to feel bad for the Spanish film director. First, Del Toro tried his [Read more...]