When The Beast signed a new three-year contract with the WWE in March this year, wrestling fans were delighted by the prospect of seeing more of Brock Lesnar in the ring.

Turning down a lucrative deal with UFC – and announcing his retirement from the MMA scene – Lesnar had handed the WWE a major coup in beating one of their market rivals.

It all started so promising.

A huge night at WrestleMania followed where Lesnar took Roman Reigns apart in their bout for the former’s World Heavyweight title before Seth Rollins steamed down the runway, cashed in his Money in the Bank and took the gold. It wasn’t how Lesnar would like to be remembered but it set up the potential of a huge rivalry between the former UFC champion and his heir to the WWE title. At this stage, however, it became clear that his new WWE deal was very much the ‘part-time’ arrangement he had previously alluded to.

Sparing appearances on RAW and no pay-per-view bouts since have seen Lesnar become the elusive figure he already portrayed when his future with the company was in doubt.

For fans, this is divisive.

On the one hand, Lesnar’s appearances are even more special for their rarity.

He is an omnipresent figure that sporadically appears on screens and when he does grace the WWE Universe with his presence it is explosive.

Sitting in the other camp are those that feel a little cheated by his lack of appearances.

Lesnar’s ‘Suplex City’ line against Reigns was one of the year’s most talked about moments and his sheer brutality bordered on being beautiful.

To not have this ring out around arenas and Lesnar to not be dominating his counterparts or facing off against the top tier of an immensely competitive roster is a bitter pill to swallow.

He has an aura, a presence of the ring which is both believable and terrifying in equal measure.

But the longer it goes on that Lesnar pops up as and when he, Paul Haymon and the WWE see fit, the longer fans will be disappointed. With Kevin Owens, Rollins, John Cena, Bray Wyatt & co. putting in shift after shift, week after week, we are not short of talent to grow more of an association with. For the WWE and Lesnar not to build more of a bond between fans and the most impressive athlete in the locker room seems an opportunity missed.

Saying that, you wouldn’t stake your house on the Universe being taken for regular trips to ‘Suplex City’ any time soon, Lesnar seemingly very content with his part-time performances.

Considering his pay packet to do just that, you can’t blame the guy. 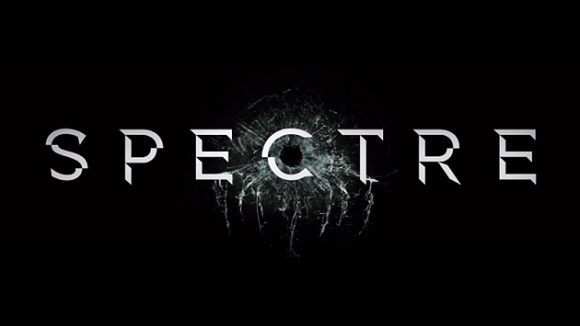 Earlier this week, Sony Pictures, MGM and EON Productions unleashed the very dapper James Bond (Daniel Craig) on a new theatrical one-sheet for Spectre. Now, we get a [Read more...]