Despite the disparity between the two concepts, McFarlane’s brand of humor displayed in the film manages to stitch together pleasingly enough, but it struggles to find a healthy balance and has trouble realizing when to let a joke go.

The film once again follows sentient teddy bear Ted (MacFarlane) as he gets married to his girlfriend Tami-Lynn (Jessica Barth), tries to adopt a child to clear up their relationship troubles, and is forced to fight a court battle to prove that he’s a person and not a thing. He’s aided by his human best friend John (Mark Wahlberg), who pursues a relationship with Ted’s lawyer (Amanda Seyfried). The movie completely negates John’s relationship with the Mila Kunis character from the first movie, which seems like a heartless move at first, but turns out to be an upgrade as the game Seyfried character is much more likeable.

“Ted 2” focuses primarily on the titular teddy bear’s fight to be recognized as a person rather than a piece of property. For a comedy where a plush toy bear likes to get high and make pop culture references, the theme of what makes someone a person and the idea of civil rights is pertinent and timely. At the end of the day though, McFarlane and company can’t add anything really new to the subject and seem content to keep comparing Amanda Seyfried to Gollum.

The mix of high-brow and low-brow comedy is a staple of McFarlane. He’s mixed the two types of comedy effectively in “Family Guy” and the first “Ted,” and has even been able to follow suit in his career between his films and TV show and his outings as a singer of 50s croon songs. But much like the now long-winded “Family Guy,” McFarlane doesn’t know when to let the joke run its course in this sequel.

Jokes keep popping up in “Ted 2” that worked okay at first but depreciate with each re-occurrence. Then there’s ones that didn’t work the first time that for some reason keep rearing their ugly heads, like how Patrick Warburton – who once again dons the Tick costume in a joke that worked – goes around New York Comic Con beating up nerds. The one offs in the film are so much better and remind us why we fell in love with the foul-mouthing bear in the first place.

To call the first film a wild ride would be an understatement, but most importantly it wrapped up its story in a way where a sequel seemed wholly unnecessarily. And truthfully Ted 2 doesn’t need to exist, but it’s a hell of a lot funnier than most comedy sequels, which seems unfathomable coming into it considering the entire character of Mila Kunis was written out, subsequently rendering that happy ending pointless.

The movie does do some things right. I’ll bashfully admit that I laughed at a fight between Ted and Tami-Lynn and a detour involving Tom Brady. There are some left-field gags that work, like a surprise celebrity in a supermarket who wants to know how seriously Trix takes its “for kids” policy. What made me laugh the hardest was a climatic chase and fight sequence at a New York City venue where I once met Henry Winkler (he’s a great guy!). The only problem is that the sequence is over too quickly. All the scenes in this movie that drag on forever and the one I like feels rushed. It also left a bad taste in my mouth because it ends with a character making an important sacrifice, but it’s the wrong character.

The biggest unfortunate is that “Ted 2” not only recycles jokes, but it recycles part of its plot from the first movie. Giovanni Ribsi reprises his role as the Ted obsessed Donny, who continues his pursuit of Ted, looking to take the governments declaration of him as property to get a talking teddy bear of his very own. But this part of the film, which includes corporate conspiracy with Hasboro, is dead weight; unfunny and unnecessarily elongates the story. The film’s climactic chase through Comic-Con is essentially the same as the Fenway Park sequence.

Ted 2 is a Seth MacFarlane movie through and through; it is profane, full of sexual content, drugs, cameos, old-school pop culture references, musical numbers, and admirable themes. You could argue that “Ted 2” is just as funny, or at least the exact same type of humor as “Ted,” but there is no argument that the sequel doesn’t nearly have the heart of the original, and that is why the film ultimately is a let down. It’s easier to look past all the stupid jokes and gross out antics if the film has that same soul that Ted so desperately tries to prove he has. Unfortunately, that’s not the case here. 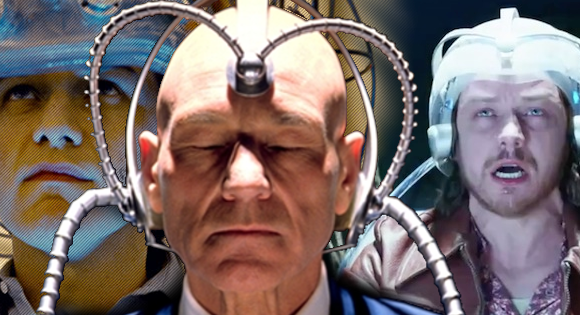 The X-Men movie universe is blowing wide-open in a big way; after the milestone success of X-Men: Days of Future Past (the most successful film in the series), we have a [Read more...]