Irrefutably, a fair amount of wrestling fan’s opinions are completely unsophisticated knee-jerk reactions. Whenever WWE displays an unexceptional or shoddy episode of Raw or Pay-Per-View, these “fans” are champing at the bit to express their scorching hot-takes on how WWE is on its last legs, excessively passé and fails to comprehend its core audience. These people are also trying to outshine each other, which causes their opinions to become even more outlandish and absurd. Moreover, they will always emphasis the inconsequential problems rather than look at the big picture. In spite of what the naysayers want us to believe, WWE’s future is currently looking exceedingly bright.

Ironically, the longest hackneyed grievance about WWE was its lack of fresh talent in the main event scene. People advocated for new stars, as they were fed up with the main event stars WWE kept rotating in and out of the title picture. Now, however, WWE has a handful of fresh talent within the main event scene and throughout their roster. In fact, the only remaining old-timers on the full roster are John Cena, Randy Orton, Big Show and Kane. Currently, John Cena is in the mid-card, Randy Orton is a jobber to the stars, and even though Kane and Big Show are overexposed and overused, they are still upper-card jobbers.

Not only does WWE have an abundance amount of newcomers, they furthermore have tremendously virtuoso ones too. Seth Rollins is the total package when it comes to being a milksop antagonist. Dean Ambrose is excellent in his role as the antihero. Roman Reigns, despite being heavily scorned for being inexperienced, has delivered quality matches in each of his PPV outings from Fast Lane to Payback; and, Kevin Owens is channeling his inner-CM Punk as the anti-establishment pompous villain, who speaks his mind and shoves his points down the fan’s throat.

In fact, Owens is a quintessential illustration of WWE’s enhancement when it comes to their philosophies and procedures. In spite of being an extraordinarily gifted wrestler, Owens does not fit the mold of the prototypical WWE superstar. Before, WWE would not have even signed Owens due to the imperfections of his physique; and, if someone said that Kevin Steen would defeat John Cena in his first WWE match and then expose Cena’s imperfections within his persona and hypocrisies – people would have said they were incurably insane. Nevertheless, hardcore independent wrestling fans’ pipedreams have become a reality.

Furthermore, Kevin Owens furthermore evinced that WWE will not allow their concept of making a newcomer pay his dues hinder the opportunity of striking while the iron is hot. WWE capitalized on Owen’s momentum, created in NXT, in hope to generate a unique and talented superstar. It will be interesting to see how Owen’s character arcs and develops. Even if he does ultimately lose the feud with Cena, this uber-push will pay immense dividends for his imminent future.

Speaking of John Cena, his US title reign has pumped credibility into the mid-card and placed an emphasis of importance on a secondary championship. By virtue of taking pride being the champion and having lengthy competitive matches on a weekly basis, the US title has more merit than it ever has in WWE, and his matches have been a high point of Raw.

Although the Intercontinental Championship lacks the credibility the US Championship now possesses, WWE at least attempted to elevate the title’s merit by putting it on a workhorse like Daniel Bryan. This, of course, was initially a controversial decision, as many fans vehemently believed Bryan should have main evented WrestleMania 31, but due to his uncertain conditions, WWE evidently made the proper decision of not making him the vocal point of the show again. After all, another injury to Bryan would have tainted their booking plans.

Surely, WWE can still be stubborn and try to jam undesirable wrestlers down the fans’ throats. However, they have vehemently improved on not offending and irritating their vocal fan-base. Shorn of a competitor breathing down its neck or overtaking them, WWE has a history of doing exactly what they want to do. There is no way the old WWE would have changed WrestleMania 30’s main event or altered WrestleMania 31’s decision because of the fan’s grievances. They would have shoehorned their unwanted decision and tried their best to make it work.

Look no further than New Day, a team that bothered fans and thus the fans jeered them in no time. The old WWE would have continued their forced, contrived and inorganic protagonist run. However, WWE adjusted to the crowd’s sentiments and turned them heel. Now, the faction is a highpoint of the show, portraying a self-righteous and condescending faction, which is too ignorant and arrogant to realize why the fans abhor them. Sheamus was, also, a character that needed a transformation, as his character was too forced and disingenuous in the virtuous babyface role; ergo, upon his return, he turned heel and has been right at home since.

Most of WWE’s progress in quality has been because of Triple H. Hunter’s scouting abilities and philosophies on wrestling have turned WWE into a once stagnant company filled with cookie-cutter wrestlers into a multifaceted company filled of diverse and compelling wrestlers. Ironically, the once proclaimed antichrist of WWE might become its ultimate savior.

Kevin Owens, Finn Balor, Adrian Neville, Sami Zayn, and Hideo Itami are regarded as the top future stars for the WWE | via WWE

Indubitably, Vince McMahon is the most ingenious entrepreneur and creative minds in wrestling’s history. He has discovered ways to survive for over 30 years, and more importantly, generate billions of dollars in the process. However, Triple H’s concepts and philosophies seem to be more appropriate for WWE’s core demographic. Other than McMahon’s pomposity spinning out of control, his fixation on being relevant and catering to those who do not particularly appreciate the art of wrestling can be a detriment to the quality of the programing (see the Guest Host debacle for a definitive paradigm). Besides, trying to stay relevant is conservative and counterproductive way of running a business, as a it should be focused on become how to become a trailblazer instead.

In fact, both TNA and ROH fell victim of the preverbal trying to become relevant trap. When a company’s main objective is to cater to people who are not watching its programing, it has a tendency to drive away its hardcore fan-base, the ones who are investing money to show both their interest and support. TNA, or Dixie Carter more specifically, had this obsession over competing with WWE – thus invested bundles of money into former WWE and WCW stars, in hope of wrestling fans noticing its product; and, ROH tried taking its company mainstream and consequently fired their brainchild and talent scout, Gabe Saposkly, because he believed ROH was just a niche company. Nowadays, inept people run the company and cannot form a niche or an identity. In contract when the company was firing on all cylinders (2004-2008), fans will not go out of their way to watch it simply because the product is now nothing special.

HHH appears to be more focused on pleasing WWE fans, and even though the ratings will not reflect that being a proper decision, the merchandise, house show, events, and Network sales will. When a company caters to mostly non-wrestling fans, those people will watch the flagship show, but they are unlikely to go to events or buy anything WWE related. They are not that invested in the product, whereas the hardcore fans are, and catering to non-WWE fans does not sit well with the hardcore fans. Simply put, the happier the core fans are – the better business will become.

(From left to right) Roman Reigns, Seth Rollins, & Dean Ambrose are today’s top main eventers who for two and half years were in the faction known as ‘The Shield’ | via WWE

Ultimately, thanks largely to HHH, WWE’s future looks bright. It is filled with talented and interesting upcoming stars who do not look, talk and act the same. The homogeneous roster days are seemingly over, as WWE now has a layered and multifaceted roster.

Interesting and talented wrestlers can furthermore make it easier for creative. After all, a simple well-thought-out and articulated promo can develop a story and sell tickets and subscriptions. For instance, CM Punk in 2011 essentially single-handily created one of the most compelling storylines in WWE history just by using his impeccable promo capabilities. Kevin Owens, among others on the roster, have already displayed that they can tell a compelling, in-depth story just by talking on a microphone.

There no doubt, though, that WWE’s creative team could be better. It is still a weakpoint of the product, as it is either incapable of properly climaxing an otherwise well-narrated story or incapable of thinking outside the box to develop more unique and less clichéd conflicts. In spite of that, WWE’s roster from top to bottom is very talented, and Triple H seems to have a productive and creative mind for the business and cares about giving the core fans what they want. Therefore, WWE’s future at this juncture is looking unquestionably bright. 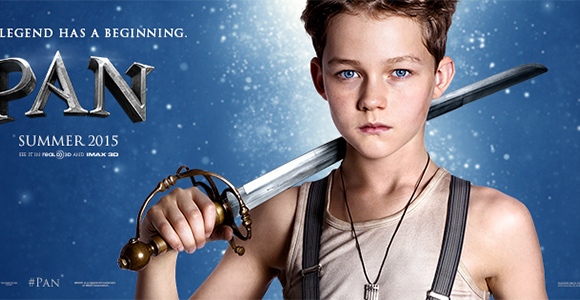 “Welcome to Neverland!” With the vocal boom of a carnival barker, Hugh Jackman helps kick off the first full trailer for Joe Wright’s Pan, a wondrous origin [Read more...]